A new report says that New York Governor Andrew Cuomo’s staffers were in on the scheme and hid the ball for a full five months or more. It’s bad enough that Cuomo is a liberal Democrat, he’s also accused as a pervert and under investigation for covering up a how many elderly New Yorkers are dead because of his failed decision making. Everybody knew all that already but just when he thought things couldn’t possibly get any worse, they suddenly did.

According to a report, interviews and a stack of supporting documents which somebody leaked to the New York Times, New York Governor Andrew Cuomo’s staff were active participants in the cover up of nursing home deaths.

For over five months, they “repeatedly prevented state health officials from releasing the number of nursing home deaths.” It was a particularly touchy subject in that office. The Times expose goes into lengthy detail on exactly how the scandal was “far greater than previously known.”

The report by the Times breathlessly exclaims not only was the death toll worse than we knew, aides were “repeatedly overruling state health officials over a span of at least five months.” They swear up and down they have the “interviews and newly unearthed documents” to back it up.

The criminal behavior came from the top down with “Cuomo’s most senior aides” acting as co-conspirators in the “sustained effort.” They were ready to resort to extortion and blackmail to prevent State Health Commissioner Howard Zucker “from releasing the true death toll to the public or sharing it with state lawmakers.”

There was a whole scientific report which would have blown the lid off the coverup so it was never published. The Times has a copy.

The final version, they write, “was rewritten several times by senior advisers to Mr. Cuomo and published in early July, emphasized that admissions from hospitals ‘were not a driver of nursing home infections or fatalities.’ Instead, the report contained the lower death count and cited staff as the most likely source of infections.” 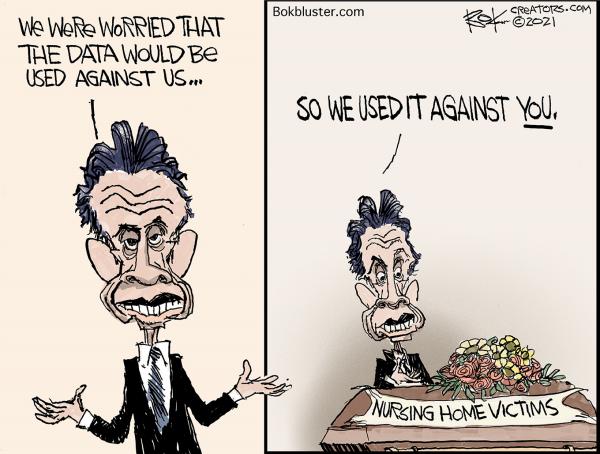 Based on two separate versions of the report, it’s clear that everyone in State government knew the death toll was higher than what was being reported. The scientists knew the real numbers and theirs were the highest.

Officials got a fudged set, which were still too high for their liking so they fudged them some more. Even those numbers outraged everyone enough to start investigations.

By May, the state of New York knew that the number of nursing home residents killed by Covid-19 was 9,739, far higher than what the administration was saying.

“Approximately 35 percent” of all deaths at that point “were nursing home residents,” the version which was never published concluded. At the time “the publicly released report instead claimed 21 percent of all deaths in New York were in nursing homes.”

Two separate letters went into the same limbo as the vanished report. Both of them, “drafted by the Health Department and meant for state legislators, were never sent.” A “one-page draft letter addressed to the State Assembly speaker,” shared the real total number of deaths, at that point was 9,835.

The whole scheme was based on fudging the numbers. Nursing home patients who died in the hospital were not counted as nursing home deaths. Cuomo’s lawyer says nobody did anything wrong. All they wanted to do was make sure that the numbers were accurate before they went out so they didn’t release any. 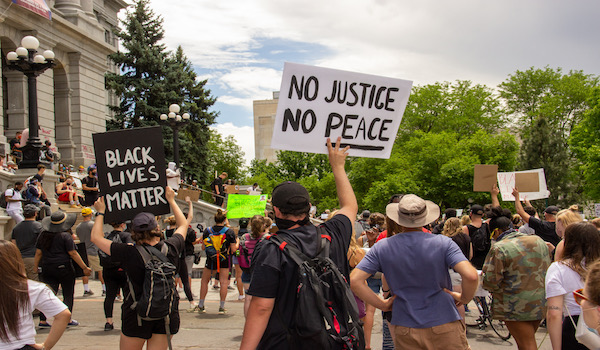 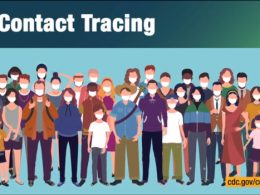