If there is at least one thing all political analysts can agree on it’s that Biden and his team are struggling hard right now and in a very clear slump.

And of course this does not come as a shock to anyone who has been paying attention to the country and news for the past 18 months.

It’s painfully clear that Joe Biden is not fit to be president: he can’t fill the office, is far from well-suited to the role, and half the time barely knows where he is or what he’s doing.

And Biden faces more and more bad news with every single presidential poll that get released.

For instance, Joe Biden’s approval rating has drastically decreased to 36% in the past week and 28% among independents, according to a Reuters/Ipsos opinion poll recently released.

However, there was an even worse poll that was released from Harvard CAPS/Harris that arguably could be considered the most troubling of all to Biden and his team.

Only 23% of Democrats say that if the 2024 primary were today, they vote for Joe Biden to be the Dem nominee for President.

95% of RV say inflation is a serious issue for the country right now, and a huge plurality of 47% say Biden is to blame for inflation. Only 25% blame Putin.

73% of RV say that relaxing regulations on oil and gas drilling in the US will bring down inflation and provide relief for Americans… The level of agreement on these inflation questions is shockingly high.

If the court rolled back Roe v Wade entirely leaving all abortion laws to the states would you favor or oppose that change? 49% of RV say they would favor that 35% of Dems 65% of GOP 47% of independents Which would do the most to curb crime and violence? 48% say Tougher prosecutions and sentencing 31% say revamping mental health system 21% say added gun laws

The mindset of this man is: My name is Joe Biden.’ I’m a registered Democrat. I’m right. Everything will work out.’

He’s made it painfully clear he can’t do this job and no matter how many task forces he creates it won’t do any good since none of them have achieved anything.

Not to mention all the domestic crises that he has yet to fix. At this point it seems that the White House is a long-term care facility and this administration’s walls are filled with gross incompetence. Gas prices continue to increase, inflation wreaks havoc on American families, job growth is at a stand-still, and the economy has downsized.

With these numbers, we would all hope Biden doesn’t run for a re-election. Many Americans see Biden as too old and slow to be president and it’s never a good thing when your party leader is thought to be mentally ill.

Here's Another FAILURE From Biden Admin 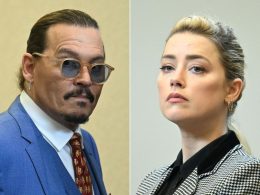 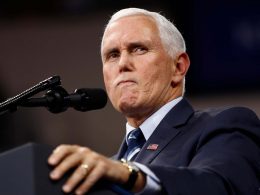 In a Wall Street Journal op-ed, former Vice President Mike Pence spilled the beans on the difference between…
bySandy Ravage