Connecticut Teachers Union only has members’ backs when they support their leftist agendas. A Connecticut gym teacher claims his school threatened to fire him after he criticized its diversity training on “exploring privilege.” When he filed a grievance against the school, the local teachers’ union dismissed the complaint. The teacher was given no explanation for the dismissal.

John Grande filed the grievance against Hartford Public Schools for what he called “targeted discipline,” which he claims included threats of termination and further “Sensitivity Awareness” training. Grande’s Attorney told the Free Beacon when he decided to fight back by appealing to his teacher’s union, the American Federation of Teachers Local 1018, which has jurisdiction over this arbitration process for teachers, rejected his plea.  Grande, who has been a gym teacher for 30 years, said the union was retaliating against him due to his refusal to join the labor group.

“Our employee handbook explicitly states that no employee of the Hartford public school system will be disciplined for exercising their right to free speech,” Grande told the Free Beacon. “When asked for my reaction to the training, I expressed my disagreement and was punished for doing so.”

The Free Beacon reports that neither AFT Local 1018 nor the Hartford Board of Education responded to requests for comment.

Grande’s complaint is just one of many examples of the national teachers’ unions embracing race-based lesson plans and leftist devised “diversity’ training. AFT president Randi Weingarten said her union supports teachers who face backlash for race-based lessons. The National Education Association has pledged its support of schools that teach critical race theory. The Association made a public statement on its website that was later removed following backlash.

The Free Beacon obtained the school district’s mandatory presentation on privilege, which states that “it is critical for everyone to reflect on privilege in this way in order to use our individual and collective privilege(s) for equity and social justice.” It includes an activity for teachers to split into groups and discuss their privilege in eight categories: class, ability, race, gender/sex, sexuality, nationality/citizenship, religion, and “other.”

“If a police car pulls me over, I can be sure I haven’t been singled out because of my race,” one example of privilege read.

“I do not fear increased mortality from COVID-19 or standard medical procedures such as giving birth,” another stated.

When the school district asked for feedback, Grande voiced his criticism of the program. Like Nazi Germany, you can now be turned in for not having group think and this is exactly what happened to Grande.  Two of his coworkers reported the gym teacher to the school district after he openly expressed his frustrations.

According to Frank Ricci, a labor fellow at the Yankee Institute and a former union president of the New Haven Fire Department, it appears the teachers’ union, and school district targeted Grande for his beliefs.

“The Hartford School System, aided and abetted by the teachers’ union, has failed our kids,” Ricci told the Free Beacon. “Instead of focusing on their dismal test scores or bridging the achievement gap, they are focusing on ‘privilege,’ which is nothing more than a distraction for their failed education policies.”

In July, Grande filed a complaint at the Connecticut State Board of Labor Relations against AFT Local 1018. This is due to its refusal to take up his grievance against the school. The union has complete control over the arbitration of grievances and can reject specific cases. The Fairness Center, a nonprofit law firm that represents Grande at the state labor board, argued the union must represent all teachers equally.

“Officials are refusing to represent him simply because he isn’t a member,” Nathan McGrath, president of the Fairness Center, told the Free Beacon. “John is just asking the union to do its job so he can continue doing his.” 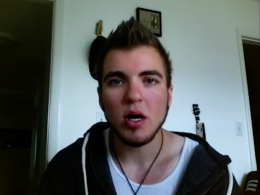