A former top strategist for the Trump administration, Steve Bannon, made his first public appearance since his arrest on August 20.

The wearer of many hats, the Navy Veteran went on Tucker Carlson’s show to discuss his charges after he pleaded not guilty to fraud charges on August 31.

“On the advice of counsel, My Lawyer Bill Burks says lay off, but I have to come forward. Bill Barr said the other night this is headhunting of high profile political associates of Trump, and I have to notice that it is almost 4 years to the day that I took over for Trump that I was arrested. But I was never going back to the campaign, and they are trying to criminalize political speech,” Bannon said in the beginning of the segment.

Democrats’ Plans to Steal the Election

Turning to the topic of the highly anticipated November presidential election, Bannon said his goal is to prevent the Democrats from stealing the election.

“The campaign is in great shape to deliver a victory on Nov 3, the Democrats have traumatized their base, so they have to steal the election, and my platform now is bigger and my voice is bigger, and I am going to make sure corporations can not steal the election.”

“My C4 had a 1 million contract to be the DC office for We Build the Wall, I was a contractor and brought together people to talk about the Wall. I had one million dollars to oversee conferences, and oversee things and I ran an advisory board. They can’t criminalize me for talking about the wall. The key thing is they want to criminalize political speech. Go look at the indictment. I won’t let them,” he said.

“We are kicking off an effort on Monday called ‘The Plot to steal 2020’, they are not going to take my voice and I want to make sure they can’t take the election from Trump,” Bannon told Carlson.

He also discussed the danger Big Tech poses on a fair election process.

“They [Big Tech] are already saying they won’t announce a winner, Trump will win Nov 3rd the same old way-but between lawfare 800 like the lawyers that [Eric] Holder has, and the mob and radical elements Antifa and Black Lives Matter and digital muscle of Facebook and Twitter, they won’t declare Trump the winner. I think the team is doing a great job, he [Trump] will be the winner, the campaign is totally focused, the camp is doing great, and the president is doing great,” he said.

Does Bannon believe Trump will be titled the winner and go on to fulfill a second term?

“Biden can not draw a crowd, Trump will be the winner on Nov 3rd and that is when the war starts,” he predicts.

Ron DeSantis Gets a Massive Endorsement

Florida Governor Ron DeSantis is not a presidential candidate yet, but if he has any intention to run…
byStaff Editor 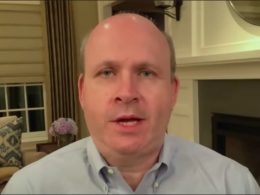 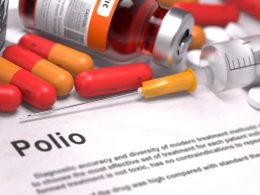