The Missouri Bar Ethics Department has filed an official complaint against Gardner.

According to The Belt-Way Report,  “a court has already found that she committed 62 acts of misconduct and 79 cases of misrepresentation in convicting Greitens of crimes he did not commit. He was later cleared and the extremely popular Greitens is now running for the US Senate from Missouri.”

In April, Gardner admitted to the mistakes that were made in a “joint stipulation” related to her handling of the 2018 case.

The disciplinary panel reprimanded Gardner and fined her $750, which was a fairly small punishment compared to the potential of suspension, probation, or disbarment.

Gardner admitted that she withheld evidence from Greitens’ attorney due to the fast-moving nature of the case.

Gardner has been a disaster for St Louis. Last year there more murders in St Louis than at any time in the last 50 years. Gardner has refused to prosecute so many murderers that the Missouri legislature had to pass a law limiting the time she had to file murder charges to 90 days. After that, the state Attorney General takes over the case.

Gardner refused to prosecute cases of drug dealers and child molesters even when there was enough evidence to make them open and shut cases. Her excuse was that the police are racists and she refused to take cases from over 20 policemen at all.

A Missouri Appeals Court ruled unanimously against her and she will have to face disciplinary charges on her corrupt practices and pay the $5,000 dollar fine she previously received.

The Missouri Court of Appeals at St. Louis on Tuesday upheld a judge’s ruling against the St. Louis Circuit Attorney’s Office for failing to respond to a lawsuit that alleged violations of the state’s open records law.

“Based on this whole record, we hold the trial court did not err in finding (Gardner’s) failure to file a timely response to (Solomon’s) amended petition was not the result of an unexpected or unavoidable hindrance, accident, or mishap, but was instead the result of (Gardner’s) carelessness, inattention, and deliberate disregard,” the court said.

Solomon, a former Fox News contributor who runs the website Just the News, sought all of Gardner’s contacts with staff and other key players in the 2018 criminal investigations of then-Gov. Eric Greitens. 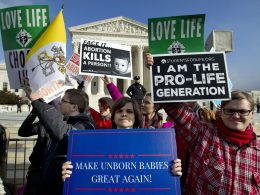 A Virginia city was set to recognize March 10th as “Abortion Provider Appreciation Day,” but the mayor gave…
bySandy Ravage 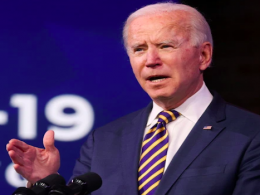 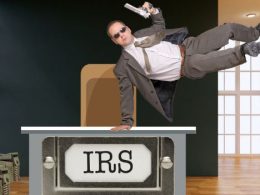 Why Is The Internal Revenue Service Suddenly Stockpiling So Much Ammunition?

Unknown to the public, Biden’s IRS has been purchasing a large amount of ammunition, although we are not…
bySandy Ravage