Former RINO Governor of California Arnold Schwarzenegger has received some pretty bad news about his bodybuilding event, the Arnold Classic.

The bodybuilder turned actor turned governor caused quite a controversy when he called Americans against forcible mask-wearing “schmucks,” and said “screw your freedom” to people wishing to see an end to tyrannical government COVID mandates.

Now, because of his anti-liberty stance, his bodybuilding event has lost a major sponsor.

Sports nutrition brand REDCON1 has confirmed that they have pulled out from the Arnold Classic, and will not be taking part in any other event that Schwarzenegger is involved in.

“To be clear we did not pull out of the event because of a mask issue. We understand the importance of public safety as well as the responsibilities all event organizers. These are unprecedented times and we’re aligned with public safety for all. We elected to discontinue support due to Arnold’s comment, ‘Screw Your Freedoms,’” a spokesperson for the company said.

“With the global influence Arnold personally possesses we find that ideology dangerous and anti-American,” the company added.

“REDCON1 is a patriotic pro-freedom brand rooted in the uncompromising unapologetic belief that you, as an American, are entitled to your freedoms and opinion and should not be insulted or persecuted for having a varying view. We support everyone’s individual freedoms,” the statement concluded.

The founder of REDCON1, Aaron Singerman, also released a video discussing his decision to pull out of all of Schwarzenegger’s events.

BREAKING: One of the top supplement companies in the world REDCON1 https://t.co/VJDAHWkGu3, slams @Schwarzenegger for his anti-American comments, and pulls their support for his @arnoldclassic world wide. #ScrewYourFreedoms pic.twitter.com/53iH7wQvLb

In a separate statement posted on his personal Instagram, Singerman spoke about his appreciation for Schwarzenegger prior to his recent statements, and his decision to distance the company from the world-famous bodybuilder.

“For the last 15 years I’ve been attending the Arnold Classic, and for at least a decade I’ve been a sponsor of the contest. I’ve loved Arnold as long as I remember, and credit him for my initial interest in bodybuilding and fitness. I’ve looked at him as a role model,” he said.

“A guy who had nothing and no advantages, who never made an excuse, and created tremendous success. He became an icon based on his work ethic, his charisma, and his grit. It’s with a heavy heart and some genuine sadness, that REDCON1 has decided to discontinue any and all support for the Arnold Classic and the other Arnold related events around the world,” Singerman added.

“We’ve spent hundreds of thousands of dollars being a top sponsor of the event, and this year the exclusive sponsor of the webcast, but we can’t in good Conscience continue to support & be involved with someone who has such diametrically opposed beliefs,” he continued. 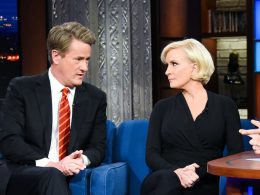 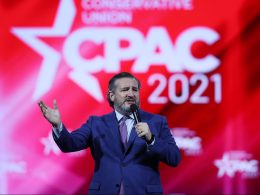 In a suburb of Minneapolis, Minnesota, an employee of the MyPillow company was beheaded in broad daylight. A…
byStaff Editor