Florida Governor Ron DeSantis has positioned himself in opposition to transgender participation in girl’s sports, but not all Republican governors are created equally. The Republican governors of Utah and Indiana have both vetoed legislation passed by their state legislatures that would ban transgender participation in girls’ sports in public schools. Republican-dominated state legislatures have begun to widely pass similar legislation.

The controversy relating to transgender participation in sports represents either a red line for many conservatives or the last gasp of opposition before gender-swapping becomes permanently normalized. It’s still too early to tell.

Many Republicans feel that now is the time for the GOP to put its foot down and reverse at least some of the madness that has already gone too far.

The issue is more prominent than ever now following the triumph of Lia Thomas, a male who participates in NCAA swimming as a woman.

Governor DeSantis formally declared that Thomas’ recent victory over a field of female competitors was invalid with a proclamation celebrating the swimmer who placed second.

DeSantis is currently engaged in a battle with the radical left over a Florida bill which aims to ensure that children are not subjected to far left sexual and gender teachings in public schools.

Other Republican governors aren’t as willing to wade into the controversy, though by vetoing legislation supported by the state GOP, governors Spencer Cox and Eric Holcomb may have already done just that.

Money appears to have been the chief concern behind the vetoes. Both governors suggested that court challenges to the bills would likely follow if they signed the legislation.

Wealthy leftist activist groups and corporate interests could cost Utah and Indiana a great deal of money if they go on the offensive against the state for the legislation, as they almost certainly would.

Republican legislators want to override the vetoes, believing that drawing a line on this issue is worth more than what might be lost financially by impacted schools.

Governors in other states have been willing to sign similar legislation into law, and others may soon follow given the attention Lia Thomas has drawn to the controversy.

Governor Cox attempted to explain his veto by saying that the issue isn’t a big deal, as only a small number of transgender individuals want to compete in high school sports in the state.

Republicans who want to override these vetoes know that the controversy isn’t about a few sporting competitions being ruined by individuals; this legislation is about knowing that lines must be drawn at some point. 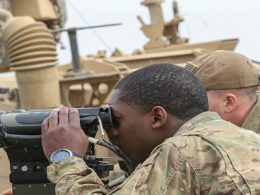 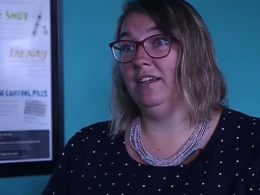