On February 18, a half-century after he was first sworn in to his position, a prominent Democrat leader announced his resignation from the Illinois House of Representatives. As the nation’s longest-serving state Speaker of the House, Michael Madigan was deposed a little over a month ago by fellow Democrats.

Madigan, 78, held his position as House Speaker for 36 years, but was removed after news of a federal corruption investigation made members of his own party question his leadership.

Despite overwhelming evidence against him, Madigan still claims to be innocent, and has attacked anyone who dares speak out against him.

“It’s no secret that I have been the target of vicious attacks by people who sought to diminish my many achievements lifting up the working people of Illinois. The fact is, my motivation for holding elected office has never wavered. I have been resolute in my dedication to public service and integrity, always acting in the interest of the people of Illinois,” he said.

Though his resignation was expected, Madigan has no plans to step down from his other roles as Illinois’ Democratic Party chairman, and the head of the 13th Ward Democratic Organization.

According to the Chicago Tribune, “Madigan was first elected to the House in 1970 and rose to become its minority leader a decade later. In 1983, he was elected House speaker by the Democratic majority and served in that position until last month, with the exception of two years in the mid-1990s when Republicans gained control of the chamber.”

In July of 2020, Commonwealth Edison, the largest electric utility in Illinois, agreed to pay a fine of $200 million and to cooperate with federal prosecutors in the investigation into a bribery scheme which spanned nearly a decade. The scheme involved the company allegedly giving jobs and contracts to allies of Madigan in order to gain his favor on legislation.

Madigan has not yet been charged with any crimes, and has repeatedly denied any knowledge of the bribery scheme, but the fact that many of his close allies have been caught up in the investigation leads many to believe he played a major role in it.

Republicans in the state appear to be excited about the change in leadership.

“I have been looking forward to this ‘new day’ in Illinois for some time,” said Rep. Jim Durkin, the leader of the minority Republicans in the House since 2013.

“I urge the Democrats in both chambers and the governor to reflect on how we can use this opportunity to improve Illinois. Rep. Madigan’s autocratic rule over the decades has not made Illinois a more prosperous nor competitive state. Our state is in shambles – financially, structurally and ethically. New ideas and sincere collaboration between the parties is the only pathway forward,” Durkin, who clashed frequently with Madigan, added. 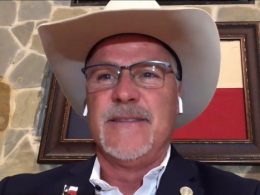