A Michigan resident made a bold move by bragging on Facebook: “I work for Wayne Co, MI and I threw out every Trump ballot I saw. Tens of thousands of them and so did all of my co-workers” Says “It was a joke… I’ve never been a ballot counter.”

Details found on his Facebook pages show he lists “Detroit, MI” as his place of residence. He also puts the Democrat Party as his employer.

People became alarmed after Fauxton wrote on his Facebook page: “Time to come clean. I work for Wayne County, MI, and I threw out every Trump ballot I saw. Tens of thousands of them, and so did my coworkers. I regret no…”(see more)

The Michigan man made fun of the people who were expressing deep concern over his disturbing post.

Facebook users screenshotted his message and wrote, “This fool needs to be arrested,” and “Fair election work from a self-proclaimed Marxist.”

Instead of walking back his statement he boldly asked, “Why do they always say ‘self-proclaimed Marxist” you can just say marxist.”

According to 100 Percent Fed Up, Fauxton emailed them and asked them to change the story they put out about his claim of voter fraud.

The message to the outlet reads:

I am humbly asking you to please update this. It was a joke for my few followers, I never intended to receive anyone. I\’ve never been a ballot counter.

I made a big mistake and wish I could undo it.

After Fauxton’s disturbing messages starting circulating not only in Michigan but across the country, two of his three accounts went missing and appear to have been deleted.

Election Interference is No Laughing Matter

After Fauxton’s message started to circulate on Facebook, two of his three accounts went missing. The original message we got on Facebook when we clicked on his account said that the content isn’t available, but now two of his accounts, including the one where he bragged about stealing Trump ballots, have disappeared. The account that lists Fauxton as a Cuban resident is still active.

It is unknown whether or not at this point if the 32-year-old is actually responsible for committing mass voter fraud. Even suggesting that you interfered in elections is not something to joke about. 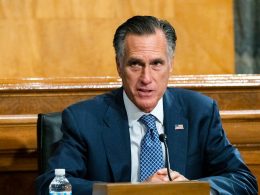