The DOJ claims a man in New Mexico was trying to establish an ISIS “safe haven” in the United States.

Herman Leyvoune Wilson, also known as Bilal Mu’Min Abdullah was arrested on Friday for “allegedly attempting to provide material support to a designated foreign terrorist organization, the Islamic State of Iraq and al-Sham, and attempting to obstruct, influence and impede at leader one official proceeding,” read a Department of Justice (DOJ) press release. According to the indictment Wilson “attempted to establish an ‘Islamic State Center’ in New Mexico that would teach ISIS ideology, provide training in tactical maneuvers and martial arts, and serve as a safe haven for individuals preparing to travel and fight on behalf of ISIS in the United States and abroad.”

Wilson was also charged with attempting to obstruct, influence, and impede an official proceeding.

This was due to Wilson allegedly shutting down an online platform to destroy and conceal records.

He also tried to recruit others to join ISIS and come to the center he allegedly attempted to establish in New Mexico.

They claim Wilson radicalized them and “that without Wilson’s influence, they would never have committed the crimes.”

Wilson faces up to 20 years in prison for each count if convicted. 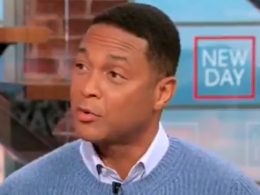 The First Amendment is under attack in Kansas, as one city has decided that a man’s flag was…
bySandy Ravage

In a move that has conservatives feeling relieved, Joe Biden has walked back another promise he made during…
bySandy Ravage