Everyone’s favorite RINO, rabidly anti-Trump Congresswoman Liz Cheney, fresh off of being slowly and meticulously drummed out of her State’s Republican party, has decided to continue down the highly inflammatory path of openly threatening President Donald Trump via her appointment as Nancy Pelosi’s token lap-dog Republican on her hyper-partisan January 6th witch hunt. The Democrats in Congress don’t want to see the evidence or hear the testimony, they don’t want to debate the facts, they are so thoroughly terrified of any further exposure of their party’s machinations in November 2020 that brought about the Biden-Harris regime that they are willing to plunge our nation into mass civil unrest, if not outright civil war to avoid it.

Days after recommending that the House hold former Trump DoJ official Jeffrey Clark in contempt of Congress and refer him for prosecution, Cheney once again took a moment to grandstand for the leftist echo chamber on Twitter, continuing to court the full unmitigated rage Trump supporters nationwide.

“The committee has already met with nearly 300 witnesses; we hear from four more key figures in the investigation today. We are conducting multiple depositions and interviews every week. We have received exceptionally interesting and important documents from a number of witnesses, including mark meadows. He has turned over many texts from his private cell phone from January 6th… the investigation is firing on all cylinders. Do not be misled: president trump is trying to hide what happened on January 6th and to delay and obstruct. We will not let that happen. The truth will come out.”

Cheney Threatening Trump To Trigger An Acceleration of Conflict

Of course, the most troubling aspect of all of this is that this committee assembled by Nancy Pelosi only after she abandoned any notions of true bipartisanship bears little if any merely superficial resemblance to any true effort at seeking truth. So Cheney’s threat translated simply is that Trump will either submit to Democrat’s twisted nonsensically false narrative of both the 2020 Election and January 6th, narratives that solely implicate him and his supporters, or they will imprison him. This is akin to the Spanish Inquisition demanding a heretic confess only to execute them anyhow.

Cheney’s announcement comes on the heels of a well-publicized Harvard Youth Poll that found that,

“nearly half of young Republicans say there is a 50% chance or better that they will see a second civil war in their lifetime, compared to 32% of young Democrats and 38% of independent or unaffiliated voters.”

It is a cultural undercurrent that has been growing steadily and undeniably for the past year with more and more Americans warning of either a likely civil conflict or calling for the possibility of a ‘peaceful divorce’ on a national level. Cheney and the Democrats know this well, and they appear intent to press on ahead attempting to impose their partisan will on the American people. And Liz Cheney sees triggering this catastrophe as her ticket back to power and relevancy.

This is Liz Cheney doing nothing short of attempting to instigate a civil conflict in this country, this is accelerationism, it seems to be the entire point and purpose of everything the Democrat-Socialists in Congress and the White House have done to date. They have no interest in governing with conservatives, no. They intend to rule over us. 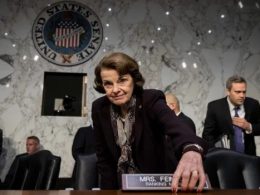 A pair of Colorado Democrats say they’re running for Congress to help “working families.” Yet during their time…
bySandy Ravage