An Illinois judge, Michael McHaney, stood on the side of freedom and constitutional rights on July 2, 2020, by voiding Democrat Governor J.B. Pritzker’s coronavirus lockdown orders.

Since early March, Pritzker has kept his statewide disaster declaration continuing. After a 30-day extension of the order expires, the governor continued to add more extensions.

In April, Rep. Darren Bailey attempted to take out a restraining order against the Democrat governor, which Pritzker then appealed. The Illinois Supreme Court decided not to intervene in the matter. At this point, Rep. Bailey withdrew the original order and refiled a new lawsuit to include all residents and businesses, the Gateway Pundit reported.

Bailey and Pritzker have butted heads continuously over the issue. Bailey was even made to leave the House floor after a vote during the General Assembly’s special session for violating a rule mandating lawmakers wear masks, according to the Chicago Tribune.

On July 2, 2020, Judge McHaney ruled that current state law does not provide governors the authority to extend disaster proclamations past 30 days through an executive order.

“Every other court — both state and federal — that has considered these exact issues has agreed with the administration that executive orders protecting Illinoisans’ health and safety are well within the governor’s constitutional authority,” the governor’s spokesperson Emily Bittner said. “This includes a federal court decision earlier today.”

The lawsuit was also backed by the state Republican Party and three local GOP organizations that agree that the governor’s executive order limiting the size of gatherings violates First and 14th Amendment rights.

“Plaintiffs ask that they be allowed to gather — without limitation — despite the advice of medical experts and the current rise in infections,” Ellis wrote. “The risks in doing so are too great.”

“The Constitution does not accord a political party the same express protections as it provides to religion,” Ellis rebutted. “Allowing Plaintiffs to gather would open the floodgates to challenges from other groups that find in-person gatherings most effective. It would also require that the Court turn a blind eye to the increase in infections across a high majority of states, which as of July 1, 2020 includes Illinois.”

As freedoms continue to be stripped from American citizens through Democrat governors’ executive orders, there are those like Judge Michael McHaney and Rep. Darren Bailey who are fighting back.

The Western Journal has obtained exclusive comments from General Michael Flynn and his family, responding to actions being…
byAnastasia Boushee

Wisconsin former Lt. Gov. and recently declared gubernatorial candidate in her own right, Rebecca Kleefisch has filed a…
byMatthew Holloway

House Democrat Surprised to Hear Many People Consider Her a Terrorist

Muslim Representative Ilhan Omar is known for her extremist rhetoric, anti-Semitic remarks and troubling comments about conservatives. Her…
byAmalia White 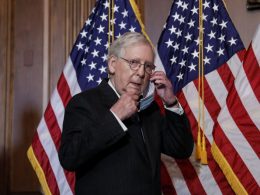