Another Joe Biden blunder occurred and this time he appears suggests that all black people think alike and lack diversity.

While doing an off-the-rails virtual segment, the former vice president said that “unlike Latinos” the black community basically has one thought process.

“What you all know, but most people don’t know, unlike the black community with notable exceptions, the Latino community is an incredibly diverse community — with incredibly different attitudes about different things,” Biden said.

President Donald Trump did not let this incident go to waste and the Trump campaign tweeted on Thursday morning, “Joe Biden just said that Latinos have diversity of thought, unlike Black Americans… This is disgusting!”

Uhh… did Joe Biden just say that Black people are all the same? pic.twitter.com/iUgkk2uSJo

Biden has been continuously making controversial remarks against black Americans.

When speaking with the host of “The Breakfast Club,” Charlamagne tha God, Biden said in May, “If you have a problem figuring out if you’re for me or Trump, then you ain’t black.”

He also made a false statement when he said that the National Association for the Advancement of Colored People (NAACP) endorsed him every time he was running for office.

“Take a look at my record. I extended the Voting Rights Act for 25 years. I have a record that is second to none. The NAACP’s endorsed me every time I’ve run,” he said. “Take a look at the record.”

“We want to clarify that the NAACP is a non-partisan organization and does not endorse candidates for political office at any level,” NAACP President and CEO Derrick Johnson said.

“Persons affiliated with the NAACP at the national, state, and local levels are free to make candidate endorsements in a personal capacity, but they do not reflect support by the NAACP as an organization,” he continued.

VP Judges People Off Skin Color Rather than Character

Instead of judging someone by the content of their character, Biden has made it clear that he judges people solely off their skin color and said he will choose a woman of color as his running mate. Forget their qualification, they just need to have high amounts of melanin in their skin and have to be hyper liberal.

Just hours after his remarks about the lack of diversity in the black community he told the National Association of Latino Elected and Appointed Officials:

As the Democratic presidential nominee keeps making comments like these, it will stand to see whether this makes any impact on the black vote in the November election.

While the presidential election is still ongoing, Republicans have gained some big wins in the Senate and the…
byAmalia White

Donald Trump just endorsed another conservative “firebrand,” Mo Brooks of Alabama. The GOP is focused like a laser…
byMark Megahan 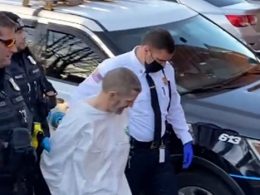