With the Executive Branch taken over and the Legislative Branch narrowly under their control the Biden-Harris regime has their sights firmly set upon washing away the judicial legacy of President Ronald Reagan.

Erasing Reagan’s Legacy From The Courts

Of the impressive 83 Appellate Judges, 290 District Court Judges and 6 International Trade Judges the great communicator appointed, only a handful remain according to CNN. Several Clinton appointees are also leaving office this year and between them the Biden-Harris regime is seeking to appoint 11 Judges to the bench.

“While there are no longer any Reagan appointees on the high court, there are still six active Reagan judges on US appellate courts, many known for their robust right-wing views, such as J. Harvie Wilkinson on the Richmond-based 4th Circuit, Frank Easterbrook on the Chicago-based 7th Circuit and Edith Jones, on the New Orleans-based 5th Circuit.

Wilkinson penned a fervent dissent last year in a North Carolina voting rights dispute that was then cited by Supreme Court conservatives opposed to an extended deadline for mail-in ballots.
“Our country is now plagued by a proliferation of pre-election litigation that creates confusion and turmoil and that threatens to undermine public confidence in the federal courts, state agencies, and the elections themselves,” Wilkinson wrote when the 4th Circuit majority allowed North Carolina to add days to its deadline for absentee voters amid pandemic worries.”

Political analyst and Youtube provocateur RazörFist has created an extremely accurate (if obscenity laden) series of missives regarding the Supreme Court, the Judicial branch in general and Judicial activism in particular which serve as an excellent primer to the incredibly dangerous potential that exists in a progressive-socialist government co-opting the courts with yet more activist judges. With titles like, “The Stench From The Bench“, “Supreme Court Carnage: A Rant”, “Supreme Corpse – A Rant” and the most recent “Supreme Cuckoldry: A Rant” you get a very clear understanding of the extreme danger that Biden-Harris appointed Judges pose to a free, law-abiding society.

A Long Way To Go To Out-Appoint Trump

According to Pew Research, more than a quarter of currently active federal judges are now Trump appointees with a total of 226, 3 Supreme Court Justices, 54 Appellate Judges, and 174 District Court Judges. Pew reported that “Obama appointed the largest share of currently active federal judges at 38%, while George W. Bush named 20% of the total. Clinton appointed 11% and George H.W. Bush and Reagan each appointed 2%. One active federal judge, Carmen Consuelo Cerezo of the District of Puerto Rico, was appointed by Carter.” Unless a whole lot of vacancies occur on the bench in a short amount of time Biden will be hard pressed to appoint more judges than President Trump in a single term, but so much hinges on Biden only having a single term. 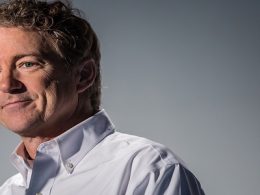 The European Union put forth a proposal to revive the 2015 Iran nuclear deal earlier this month. Reuters reported on…
bySandy Ravage