After getting hairline fractures in his foot just playing with his dog, Joe Biden was already seen as weak. Now he claims that coughing and a raspy voice during his speech is just a “bit of a cold.”

The Democratic presidential nominee addressed the American people after the Electoral College vote, repeatedly pausing to cough and clear his throat. Many Twitter users noticed, and were concerned.

Some shared concerns on Twitter that Joe Biden may need to take another COVID test. According to his campaign, his last test was Friday.

“Biden keeps coughing and clearing his throat. Is he ok?,” one user asked in a tweet, echoing the concern of many viewers.

Some questioned why Biden still coughs into his hand, despite decades of education telling people to cough into their elbow.

What’s with @JoeBiden coughing into his hand like 4 times? Someone tell him that we cough into our elbow. #COVID19 #JoeBiden

He has been seen coughing into his hand on numerous occasions:

Real quick, did Joe “Listen to the Science” Biden never receive the multitude of memos about coughing into your elbow, not your hand? https://t.co/ys8dsp96zJ

Even CNN’s Jake Tapper has lectured the former vice president on this:

Less than a minute after Joe Biden said he has not taken a coronavirus test, he coughed into his hand on CNN.@jaketapper immediately told him he should be coughing into his elbow and Biden pushed back, saying it's okay because he's in his house…

During a later call with his supporters, Biden said that he was sick, but claimed it was nothing to be concerned about.

“Thank you, I have a little bit of a cold, I’m sorry, but look, you know, you did it, you did it, not a joke,” Biden said during the livestream, according to Fox News.

Many people on both sides of the aisle have expressed concern throughout the election cycle that the elderly former vice president may not be capable of his duties if elected president because of his psychological and physical health. His recently fractured foot, and now this “cold”, adds to these concerns.

CNN reported that Biden, 78, “slipped while playing with his dog” on November 29.

“Initial x-rays did not show any obvious fracture, but his clinical exam warranted more detailed imaging. Follow-up CT scan confirmed hairline fractures of President-elect Biden’s lateral and intermediate cuneiform bones, which are in the mid-foot. It is anticipated that he will likely require a walking boot for several weeks,” Biden’s doctor, Kevin O’Connor said.

CNN also claimed that “a summary of Biden’s medical history… showed the former vice president was healthy and fit for the presidency.”

Healthy and fit certainly doesn’t seem to be an accurate description. Joe Biden has had several sinus surgeries, has had his gallbladder removed, and has had several non-melanoma skin cancers removed. The former vice president also had two brain aneurysms in 1988.

Is Joe Biden really fit to be president? Having numerous documented surgeries and illnesses doesn’t bode well for the 78 year old. Now, the question is: Does he have COVID, or is it just “a little bit of a cold”?

Rep Scalise Doesn't Back Down Against Chris Wallace [Watch] 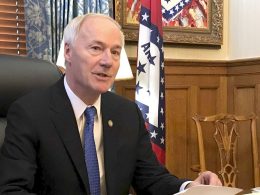