Turning his back on President Donald Trump and the Republican Party, GOP Sen. James Lankford gave his support to a Joe Biden presidency.

RINO Turns Back on Party and Trump

The Oklahoma senator said he will intervene if the Trump administration does not concede the presidential election that is full of voter fraud and collusion.

The RINO also complained that President Trump has not given Biden access to presidential daily intelligence briefings saying that the Democrat has every right to have this information.

As voter fraud swept through the 2020 election, President Trump is using the legal system to attempt to expose the corruption that appears to have occurred.

Election Winner Not Determined Yet

The winner of the presidential election has yet to be determined which is why Biden has not had access to the same briefings.

“There is no loss from him getting the briefings and to be able to do that,” the Oklahoma Republican told radio station KRMG, noting that he sits on the Senate Oversight Committee and that he’s already started engaging on this issue.

He added that if no progress is made on the issue by Friday, he will step in and say, “This needs to occur so that regardless of the outcome of the election, whichever way that it goes, people can be ready for that actual task.”

Many in the Republican Party have stood by Trump as they hope to get to the bottom of mass voter fraud. However, there are stray RINOs such as the Oklahoma senator who wants nothing more than to have President Trump removed from office whether unjustly or not.

The senator is now backpedaling probably due to pushback by his own party.

He later tweeted what his support for recounts.

“President @realDonaldTrump is fully in his right to ask for recounts and for every legal question to be fully vetted and resolved,” Lankford wrote. “It is important for the 71 million Americans that voted for President Trump that at the end of all this their questions are answered.”

President @realDonaldTrump is fully in his right to ask for recounts and for every legal question to be fully vetted and resolved. It is important for the 71 million Americans that voted for President Trump that at the end of all this their questions are answered. 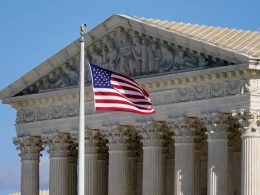 President Trump and his campaign have petitioned SCOTUS for a decision that could effect the election, giving hope…
byAnastasia Boushee

There are some political rivalries, some rhetorical sparring matches that echo through the ages as some of the…
byMatthew Holloway 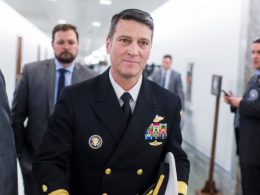