Rachel Bitecofer is an influential political scientist and Democrat strategist. Her suggestion to fellow Democrats in 2022 is explicitly that they should run on fear, specifically inspiring parents to fear for the lives of their children so that they will vote for Democratic candidates. Fear has always played a central role in politics, but Bitecofer is being exceptionally open about her desire to see Democrats win races this year by spreading terror to American families.

The liberal political strategist posted her suggestion on Twitter, explaining that she hopes to “scare the ever loving shit out of suburban women in 2022.”

Asked how she proposes to do that, Bitecofer explained how she thinks her party can win appealing to the maternal instincts of those suburban women.

That won’t be done by convincing them that her party will offer children a better future, however. Bitecofer wants to “make them fear for their own kids lives.”

This sounds like an incredibly ghastly and  cynical approach to electoral politics for a public figure to be embracing, but Bitecofer has no qualms about her suggestion.

She believes that Republicans are ontologically evil supporters of mass murder and oppression; making parents fear for the lives of their children is a perfectly reasonable strategy in her mind because it’s for a good cause.

While the post itself is not entirely clear, its context implies that Bitecofer meant to suggest that parents be made to fear that their children will be killed in school shootings if they vote for Republican candidates this year.

Make them fear for their own kids lives

That intention would be bad enough, but the Democrat’s poor wording implies a more direct threat to the safety of children whose parents don’t vote for her party in November.

Conservative parents are already learning that the far left is extremely interested in their children; elementary school “groomer” teachers have become  a major culture war issue of 2022.

A Republican voter reading Bitecofer’s words has no reason to assume that they are anything other than a promise to harm their children.

This is all coming from one of the most respected political scientists and strategists the Democratic Party has to offer. Bitecofer has earned lavish praise and friendly media coverage for her previous endeavors on behalf of the party.

This implies that her latest remarks are hardly beyond what the mainstream left is willing to support as they make their midterm election plans.

Bitecofer may have erred slightly in being too honest about her party’s strategic vision, but her career isn’t likely to suffer for it in today’s polarized climate. 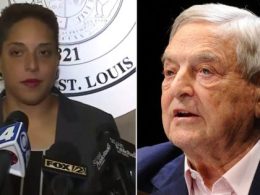 Starting on September 12, all six of the Class I freight rail carriers will begin taking steps to…
byMark Megahan 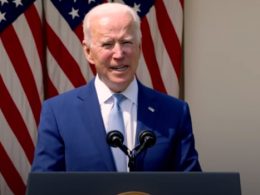 The most ardent Second Amendment defender in Congress, Representative Lauren Boebert threw down the gauntlet and assailed the…
bySandy Ravage

Senator Kamala Harris, Joe Biden’s running mate, broke out into another fit of nervous laughter when confronted with…
bySandy Ravage