Fresh off of being proverbially told to go kick rocks by the Wisconsin Supreme Court, Governor Tony Evers has decided to take his anger out of former Trump Attorney Syndey Powell, her co-counsel and plaintiff who dared challenge the results of the 2020 Election in that state. Powell has been politically assassinated and slandered, her reputation destroyed, career shattered and has suffered massive financial devastation ever since taking up the cause of stopping the the steal in 2020.

Here is some of that reputation and how she earned it:

Gov. Evers clearly thinks this effort to nail the attorney with $106,780 in sanctions while she’s simultaneously facing an obviously retaliatory suit from Dominion Voting Systems for $1.3 billion in damages, is somehow a good idea. Fascinatingly, Gov. Evers suit alleges that Powell’s efforts constituted a frivolous lawsuit while it is ITSELF a frivolous lawsuit attempting to extract fines from someone who in all likelihood will be completely unable to remit payment to the court. There’s a saying about getting blood from a stone isn’t there?

The suit from Gov. Evers relies upon Powell, co-counsel and her client “where plaintiffs must have known or should have known that their legal position was objectively frivolous, they engaged in bad faith litigation” according to the legal brief submitted. And multiple news outlets have been flooding the internet with reports that she and her defense team are arguing that “‘No Reasonable Person’ Thought Her Election Fraud Claims Were Fact“, it almost seems like a two-pronged assault.

Coming up: The Democrats’ child abuse on the border. A reflection on Good Friday. And Sidney Powell speaks out for the first time on her case pic.twitter.com/4OFbDY69fc

However, the attorney appeared on the Dinesh D’Souza podcast and publicly refuted the press’ “bold-faced lie” and re-affirmed that she firmly and stridently believes everything she and her clients attested in court. The original video has since been stricken from YouTube, but was re-uploaded to bitchute. Powell characterized the rise of the Biden-Harris regime as “a Coup” and was crystal clear in her beliefs.

“I have no doubt about it he won this election fair and square. 80 million people at least poured out to vote for Trump.” Powell told D’Souza.

“We have evidence that hundreds of thousands of fake ballots were trucked to different places to be on location as needed.”

“We’re making a lot of progress in finding out who put this into place, but do we have the head of the snake for sure? I don’t know. We do know that there was foreign interference in the election, there was scads of it. There’s evidence of hacking being done from China substantially, and that resulting in votes being changed. We have scads of evidence of foreign interference in the election all of which the government has both ignored and or denied. It was widespread, it was well funded, it was planned in advance, it was completely well-orchestrated.

And why the Department of Justice and the CISA Agency (Cybersecurity and Infrastructure Security Agency) and the FBI have not done their jobs here is beyond terrifying.”

Does any of that sound like the words of someone who as Gov. Evers attested to the Court “must have known or should have known that their legal position was objectively frivolous”? Or as the mainstream media are alleging were presenting “Opinions” that “No Reasonable Person” would believe?

“We’re dealing with evil far greater and in a far bigger magnitude than any of us ever realized was in this country.” Powell warned. 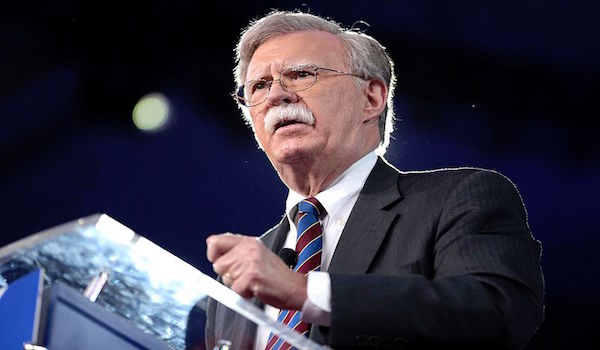 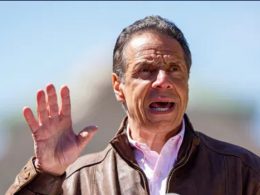