Boston, Massachusetts’ Democrat Mayor Michelle Wu has made what can only be described as a career-ending decision. In the middle of rampant inflation, soaring energy costs, and with her constituents and city employees struggling mightily just to make ends meet, Wu signed an ordinance that will divest $65 million in city investments from any companies that profit off of fossil fuels potentially kneecapping the growth of their investments.

This ‘Green New Deal’ inspired political stunt was conducted with only regard for the press impact and an eye toward appealing to the far-left extremist base in the commonwealth, completely ignoring the fact that 15% of the city’s investments are based upon coal, oil, natural gas, and fossil fuel products according to The Boston Globe.

“I’m excited to be able to take the pen to a piece of legislation that I’ve been working on for many years on the council with community advocates, with colleagues, [to] say that the city of Boston is going to step up and do our part and push for urgency on this issue,” Wu said, according to a recording supplied by her office.

The average price for a gallon of gasoline is up 61% to $3.42 in Boston today and Natural Gas for heating homes has increased more than $3 per thousand cubic feet to $17.47. Now basic economics would tell us that huge investors like Boston divesting away from these industries apply additional pressure to a volatile market, and that these costs will likely be passed on to the… (that’s right) consumer. And for the 67,648 Massachusetts workers employed in the energy industry whose jobs could be adversely impacted in an already anemic economy, it could be a very stressful Christmas.

With the overnight low in Boston down to 28 degrees, the good people might be more concerned with keeping their homes warm tonight than with Wu scoring political points and this being the first ordinance she signs into law as mayor sets a significant tone for her tenure, she’s more interested in the approval of her “community advocates” and activists than the families of Boston who need to work, live, eat and drive in the frigid cradle of the American revolution this winter. One can only hope that Bostoners known for their long-suffering of big-government incompetence will remember Wu’s priorities come election day. 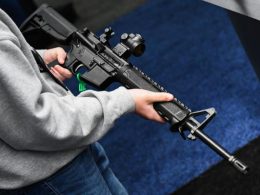