Historic Pfister Hotel in downtown Milwaukee is known for some haunted history but now the landmark building has some Tampa Bay Rays baseball players sleeping with one eye open! The Rays are in Milwaukee to face off with the Brewers in a two-game series this week.

Built in 1893, the landmark hotel has a long history of alleged hauntings. Numerous stories of encounters between its guests and ghosts have made headlines both locally and across the internet. Encounters at the hotel include Major League Baseball athletes who pass through the city during regular season, playoffs, and World Series games. Some have claimed to hear weird noises, see lights flickering, and some have even had their electronics acting erratically.

The Hotels reputation has some like, Tampa Bays’ Cuban infielder Yandy Diaz, admitting their fears of ghosts, which lead to others taking advantage of the phobia.

As the Rays celebrated its victory against the Detroit Tigers, Diaz was met with a cartoon ghost print-out taped on his locker with the Spanish word “Cuidado,” translating to “watch out,” written on the image.

Diaz, according to Tampa Bay Times, considered switching hotels, but instead opted for a room in Pfister’s newer, undisturbed tower.

“All I want is (to not) have any ghosts in my room,” Using team interpreter Manny Navarro Diaz told Tampa Bay Times.

Roman Quinn, Tampa Bays’ outfielder, said he heard several ghost stories about the hotel from former Philadelphia Phillies teammates. They told him one specter made regular visits where it would sit on the hotel bed, or it even moved clothes around the room. Some teammates said it even appeared in hallways before vanishing upon a second look.

The first baseman and left fielder Ji-Man Choi reportedly felt a spirit in his bed the first time he stayed at the 129-year-old hotel. Choi has said that he “is terrified of ghosts and believes to have had many encounters with them, including hugs and whispers.”

Choi, however, may be made of sterner stuff as he has recently said he’d say hello if he saw a ghost.

Pitcher Ryan Yarbrough says he isn’t concerned over the reports of Pfister being a so-called haunted hotel.

“I’m not saying I don’t believe in any of that,” Yarbrough told Tampa Bay Times. “I just feel like if you don’t try to overly concern yourself with it, maybe bad things won’t happen.”

Yarbrough made it clear he is prepared for some more pranks to play out during the trip as the Rays have “some funny guys” on the team.

“But no, I think it’s fine,” he added. “I think certain guys are very intrigued, and some guys want nothing to do with it. So I’m just trying to be even-keeled about it. But Yandy is the guy.”

the Tampa Bay Rays team will be staying in Milwaukee as the team battles the Brewers Tuesday and Wednesday night. After the two-game series, they are heading over to Baltimore for another three-game series against the Orioles, beginning Friday.

In the meantime, the team faces a supernatural threat for the next few nights as they try to avoid the Pfister Hotel ghosts. A former hotel employee claims the ghost is the establishment’s founder, Charles Pfister.

The Pfister’s former Narrator, Anna Lardinois, told WUWM 98.7 in an interview earlier this year that she spent a lot of time researching the hotel’s history. Her conclusion is that all signs point to the founder himself being the one who haunts the building.

“Charles Pfister is so closely connected with this hotel, he becomes kind of the spokes-ghost,” Lardinois said. “And if you had to have a ghost in a hotel, I can’t think of a better one than Charles Pfister.”

“Because Charles Pfister, it appears, just wants you to have an amazing time in his hotel and wants the hometown baseball team to win.”

The hotel did not respond to a request for an interview or comment to the local radio station.

But nearly 10 years ago, on Twitter no less, the establishment somewhat addressed the rumors about the hotel’s permanent guests.

“The only thing ‘haunting’ us here is the spirit of hospitality, and it’s been here for 120 years,” Pfister Hotel tweeted.

The only thing ‘haunting’ us here is the spirit of hospitality, and it’s been here for 120 years. @ShaneVictorino got it right. 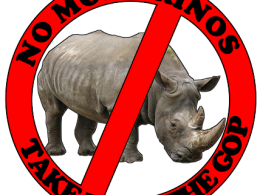 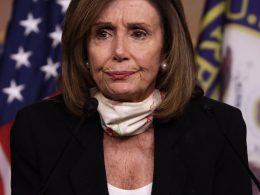 A polling manager in Fulton County, Georgia has revealed that thousands, perhaps even tens of thousands, of ballots…
bySandy Ravage 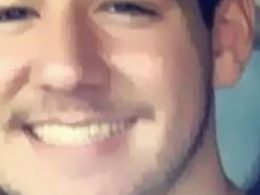 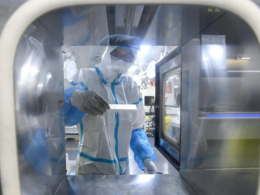