The lawsuit, which was filed in the Manhattan Supreme Court, is accusing Mayor de Blasio’s administration of acting out of political spite, claiming that they had no sound legal merits for deciding in January 2021 to terminate the Trump Organization’s contract to operate the Trump Links course in Ferry Point Park in the Bronx.

“Mayor de Blasio had a pre-existing, politically-based predisposition to terminate Trump-related contracts, and the City used the events of January 6, 2021 as a pretext to do so,” the Trump Organization said in court papers.

The Organization also claimed that the termination amounts to a breach of contract due to the fact that the city did not list any material business reasons for scrapping the contract, and they are therefore asking the judge to reinstate the contract and pay monetary damages.

Of course, the radical leftist mayor sent out his spokesman, Bill Neidhardt, to lie on his behalf. In a statement, Neidhart claimed that it was actually Donald Trump that committed breach of contract when he “incited” an insurrection on January 6th, despite the fact that Trump literally told his supporters to “peacefully and patriotically make your voices heard.”

Even left-wing “news” outlet Newsweek was forced to admit that Trump encouraged his supporters to be peaceful, yet leftists like Bill de Blasio and his spokesman are allowed to blatantly lie about the former president’s statements with no pushback from the media.

“Donald Trump directly incited a deadly insurrection at the U.S. Capitol. You do that, and you lose the privilege of doing business with the City of New York,” Nedihardt said.

The New York City government cancelled the Trump Organization’s Ferry Point contract soon after the riot at the Capitol building in Washington, D.C., explicitly citing Trump’s so-called “role” in the riot when announcing the cancellation. NYC also refused to renew the organization’s licenses to run a few ice rinks and a carousel in Central Park. According to de Blasio, these cancelled deals earned the Trump Organization more than $17 million per year.

In the official documents, the city attempted to come up with a legitimate excuse for its actions.

According to reporting by the New York Daily News, “Lawyers for the city said it cut the contract because the Ferry Links course had not attracted a major golf tournament in years and that it was unlikely to do so going forward, given the Professional Golfers Association announced it would no longer do business with Trump’s company after the Jan. 6 riot.”

The Trump Organization disputes these reasons, claiming that Bill de Blasio’s long history of attacking Donald Trump underpins the contractual cancellation. The lawsuit notes that the NYC mayor has called Trump a “racist,” a “Nazi,” a “fascist,” a “criminal,” a “white supremacist,” and “delusional.” 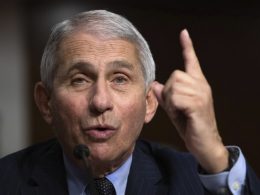 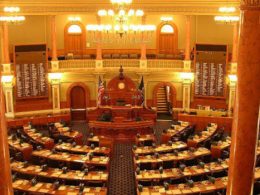