A police officer has been killed after being ambushed and shot while at his apartment on his lunch break in the early hours of July 27th.

Officer Marquis Moorer, 25, was fatally shot, and his significant other injured, when he stopped by his apartment at Selma Square Apartments in Selma, Alabama, for his lunch break sometime between 3:30 and 4:00 a.m.

At this time, no suspects are in custody, and officials have not been able to determine a motive for the shooting as the investigation is still in the early stages.

Marquis Moorer was shot between 3:30 a.m. and 4 a.m. when he stopped by his apartment to get something to eat.

The woman was transported to a nearby hospital.

The District Attorney also noted that, when apprehended, the suspect will be facing charges of capital murder and attempted murder.

“Every day, officers routinely risk their lives simply by putting on their uniforms and performing their duties to protect their fellow citizens,” Marshall said. “We must honor them and never take for granted the sacrifices they make on our behalf. I ask you to join me in prayerful gratitude for Officer Moorer as we hold his loved ones in our hearts.”

Governor Kay Ivey shared her condolences in a post on Twitter, writing: “I extend my prayers for the family of Officer Marquis Moorer. A memo to lower the flag will be distributed to honor this hero as soon as his funeral is announced.”

I extend my prayers for the family of Officer Marquis Moorer. A memo to lower the flag will be distributed to honor this hero as soon as his funeral is announced. @CityofSelma #alpolitics #BackTheBlue

Several agencies are taking part in the investigation of Officer Moorer’s murder, including the Selma Police, the Dallas County Sheriff’s Office, the State Bureau of Investigation, the ATF, and the 4th Judicial Drug Task Force.

“Right now we have a lot of our resources trying to get to the bottom of this. It’s too early to add anything to that,” said State Bureau of Investigation Director Chris Inabinett.

Selma Mayor James Perkins is urging the public to come forward with any information related to the shooting.

“If you hear something if you know something, call that number and say something. This and all the other crime taking place in our community is not going unintended,” Perkins said.

A $2,500 reward has been offered by the Central Alabama Crime Stoppers for any information that can help investigators track down the suspect behind Officer Moorer’s murder. Anyone with information can call 855-75-Crime or 855-752-7463.

An unknown person attempted to register 54 dead Democrats to vote in Florida, a battleground state in the…
byAnastasia Boushee 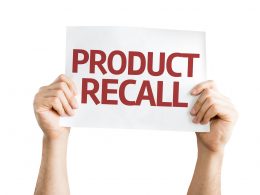 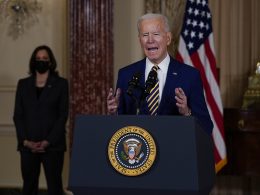