It has been about two weeks since Karine Jean-Pierre has taken to the dais to face off against Peter Doocy.

On Wednesday, she came back to work.

It took about five minutes for Doocy to hand her lunch.

The question of the day is who is going to pay for the student loan freebie Joe Biden just gave out.

This is not forgiveness, as we stated before, it is a transfer of debt.

Doocy just wanted to know who was really going to be paying for it, and, as usual, Jean-Pierre had no answer.

She had two weeks to prepare for this question, and this was the best she had…

Did you like how she deflected by pushing a tired talking point about the Republican tax break when Trump was in office that has been debunked?

And, oh, by the way, Karine, you still did not answer the question about who is paying for this freebie. 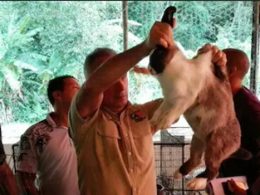