Coast Guard rescue swimmer and Aviation Survival Technician Second Class Zach Loesch received a well-earned accolade that many in his profession often dream of: he was called and congratulated by his Commander-in-chief.

In another age, this would be an occasion to recognize Loesch’s heroism and bravery with quiet pride and dignity.  But instead, we must report the cruel irony that the very same President who called Loesch to thank him, is the one who has ended his career.

Due to President Joe Biden’s mandatory COVID-19 vaccine order, and the government’s refusal to grant religious exemptions, Loesch is days away from being discharged.

According to The White House, Biden told the media during his remarks,

“I also spoke to Aviation Survival — Second Class — Technician Second Class Zach Loesch, who described how difficult the decision is for people to leave everything and come to safety.”

“I told him how proud of him I was and thanked him for all the work he and his Coasties are doing to save lives.”

“I’m grateful for the brave women and men — federal, state, and local folks working so hard.  They’re all working as one team. ”

Loesch told Breitbart News on Saturday that he had submitted a request for religious accommodation, and even an appeal, however, they were both denied.

“If I had asked any of the people I saved yesterday if they wanted to come with me even though I am unvaccinated, every single one of them would have said ‘yes,’” Loesch said.

Loesch’s efforts during the rescue that followed the impact of Hurricane Ian truly were heroic. He deserved of what should have been among the highest points in his career.

The report was impressive. Loesch pulled a disabled woman and her husband out of their back bedroom. The two were trapped by a sofa blocking the door.

The Coastguardsman kicked his way through a wall in order to save them.

As if that weren’t enough, he went back into their home to retrieve her wheelchair, lashing it to his body to be lifted into a waiting helicopter.

He even rescued several dogs and cats.

During his call with Biden, Loesch remained silent regarding his pending discharge. He didn’t want to ruin the moment, shadowed though it was.

“It just sucks that he thanked me yet the vaccine mandate is what’s kicking me out,” he said. “I just love my job and I’m really good at it. It sucks. I feel like this is the job that I was born to do.”

Republican Sen. Marsha Blackburn of Tennessee took a moment to recognize Loesch and call out the Biden administration for the vaccine mandate.

Joe Biden said it himself — COVID is over.

Yet, he is still firing our brave men and women who serve our nation, like Coast Guard Rescue Swimmer Zach Loesch.

Zach kicked through a wall to save an elderly couple trapped due to Hurricane Ian.

Instead of simply removing a prominent Democrat from office for ‘credible allegations,’ the Democrat Party is coddling him…
bySandy Ravage 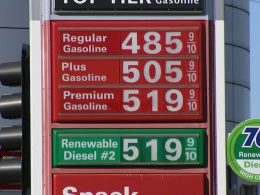 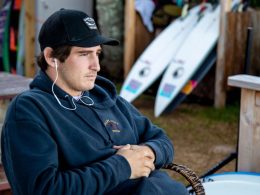