The Bureau of Alcohol, Tobacco, and Firearms has seized 600 guns from an Amish dairy farmer in Lancaster County Pennsylvania, but it’s unclear if the man even broke any laws. Reuben King denies any wrongdoing and no charges have been filed yet, though the ATF says it is still investigating the matter. Attorneys who focus on firearms law say that the ATF might actually have a very difficult time with the case if they decide to prosecute Mr. King.

Amish man claims he did nothing illegal

Like most of the Amish community, Reuben King devotes most of his time to his farm. He told local media that he owns about 50 dairy cows.

On the side, King admits that he was selling some of the guns, though he maintains that most of them were part of his extensive personal collection.

He predominantly sold long guns to his fellow Amish, though he says he sold a few to local non-Amish as well. He adamantly denied selling any handguns and is likely telling the truth given that the ATF hasn’t accused him of doing so.

The Amish are strict pacifists and are devoted to simple living, so buying and selling handguns even for self defense would be taboo in the generally tight-knit community.

Hunting has historically been an important of their lifestyle. Even now that it isn’t necessary for survival, many Amish enjoy hunting for recreation.

King is among them and he says that he accumulated his large collection over the years primarily through his interest in hunting.

It was a massive collection which required a reported 15 ATF agents to remove over a five hour period, but the bureau seems to be struggling to find something to charge the farmer with.

An individual who is “engaged in the business of dealing in firearms” is required to possess a Federal Firearms License, which Reuben King does not have.

The problem for the ATF is that the bureau would have to somehow prove that the dairy farmer was, in fact, in the business of selling firearms.

Sales between individuals are legal and King mostly limited his selling to others in the Amish community.  He did not advertise his sales and he is not aware of how the ATF even learned about his collection.

While individuals within the community vary in their strictness on certain matters, many Amish have a religious objection to posing for photographs, meaning that acquiring a photo ID to buy directly from a gun store is impossible.

This explains Reuben King’s private sales and the size of his collection, but the ATF can only legally prosecute him if they can somehow prove that he sold enough to fit the definition of a business. King says that the ATF hasn’t even been able to tell him what that threshold would be. 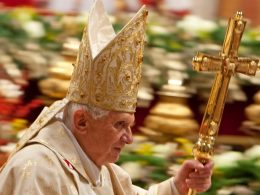 The former Pope,  Pope Benedict, died aged 95 in a secluded monastery in the Vatican where he had…
bySandy Ravage

In a total upset Republican, Lori Chavez-DeRemer flipped a long-held Democratic seat in Oregon. This has put the…
bySandy Ravage

Reinforcements are on the way as yet another state has joined the fight to protect America’s borders. In…
bySandy Ravage 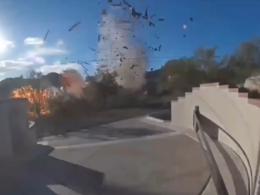