Black Lives Matter agitators brought on a new wave of disruption when they targeted a church in Troy, New York.

The first video shows the BLM mob screaming at a mother carrying a baby and others entering into the church.

It appears that attacking Christianity and churches is the next wave of rioters’ focus. Last month, a Catholic prayer rally was organized by The Gateway Pundit at the Statue of St. Louis. In protest against the prayer rally, violent BLM members launched a counter-protests and declared the Catholic rally as a KKK event.

“You’re not welcome here.” A man named Paul who was at the event said, “That’s when the radical Muslims said, ‘That’s the KKK!'”

Paul then claims that BLM members and people from the Regional Muslim Activity Network attacked him.

“I was trying to stay away from the guy who hit me because he was hitting anybody he could. There were about four white people and we were huddled together and they came over. They said no, you don’t get it. You’re not welcome here!”

During Obama’s presidency, things started to change and Christians in the United States began to become more accustomed to religious persecution.

As liberal movements gain speed, it appears that attacks on churchgoers will likely become a more common occurrence. 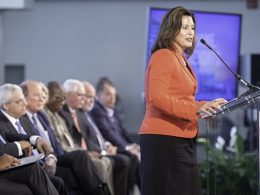 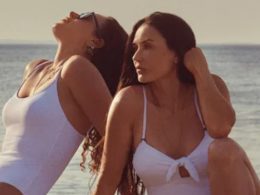