Another violent mass shooting was inflicted in the Democrat-controlled city of Chicago on Wednesday night.

Another Mass Shooting in Chicago

Six people suffered injuries in a mass shooting located in the Gresham neighborhood in Chicago, Illinois.

Six people were killed and 58 others were injured by gunfire across Chicago over the weekend.​ https://t.co/2kz9TBnEyQ

According to police, a large outdoor gathering was taking place late at night around 11:30 p.m. when a car drove by the group and started shooting near South Parnell and 85th street.

Out of the multiple people shot, two males,  a 29-year-old and 37-year-old are currently in critical condition and are being treated at the University of Chicago Medical along some of the other victims, CBS Chicago reports.

No Arrests Yet and Investigation Still Underway

As of current, no suspects have been arrested and the investigation is still ongoing.

The violence in Chicago keeps going even though the Democrat-run city has some of the strictest gun control laws in the entire country.

Innocent children are being executed constantly but their lives are ignored and the Black Live Matter movement fails to acknowledge the atrocities that are happening in black communities.

A mother and her 9 year old son shot on a Chicago afternoon. Street gang wars. https://t.co/xFWdNRDRCS

As riots over George Floyd’s death continue to destroy cities, properties and neighborhoods across the United States wage on, their mission completely fails to help the black community in any way.

A thousand National Guard members descended on the state’s capital after mobs continued to spur intense unrest which resulted in a little girl’s brutal shooting death.

“You can’t blame this on a police officer; you can’t say this is about criminal justice reform,” the city’s Democrat mayor. “This is about some people carrying some weapons who shot up a car with an 8-year-old baby. We are doing each other more harm than any police officer on this force.”

The details about the latest Chicago shooting are still being investigated and no suspects have been arrested. 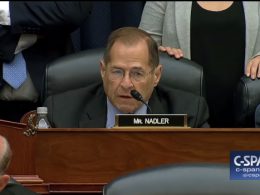 Even though it’s not racist and is protected free speech, tenured Professor Johnny Eric Williams got a “mutually…
byStaff Editor