According to internal Department of Homeland Security communications, Border Patrol officers are logging about 8,000 migrant encounters each day.

This is the highest daily number ever reported in U.S. history and only highlights the lack of progress the Biden administration has made in solving the border crisis.

In fact, public CBP data reveals that monthly migrant encounters are already higher in 2022 than any year in the past.

“Either the Biden administration is uninformed or they’re lying,” a senior DHS official told the Free Beacon. “We cannot process the numbers flooding our borders and the administration’s solution is scrambling for ways to let people in faster.”

Ironically enough, just earlier this month Vice President Kamala Harris claimed the “border is secure,” which of course prompted outrage from both Republicans and Democrats.

Sen. Joe Manchin (D., W.Va.) called Harris “dead wrong” and said “For … the vice president, or anybody [to] say our borders are secured, that is not accurate. I’ve been there,” Manchin told Fox News. “It’s wrong.”

For months now, Texas governor Greg Abbott has been transporting migrants to Democrat-run cities, where mayors have cited the moves as “inhumane” and requested federal government aid in response.

Americans continue to rank the border crisis as a top issue of concern, according to polling.

In fact, a survey from NPR revealed that a majority of Americans think the U.S. is facing an “invasion” of the southern border. 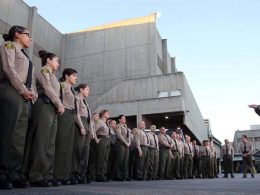 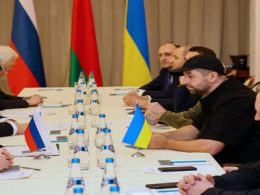