For months now, numerous investors, bankers, and entrepreneurs have been passing around the discussion topic of a possible future recession.

Well now the World Bank is joining in on the topic and warning that there may be something even more terrifying on the horizon: years and years of minimal growth as well as continued rise in prices.

Just recently, an announcement from the World Bank warned that the global economy may be on its way to years of minimal growth and rising prices.

Predictions revealed that global growth is now expected to fall to 2.9%, a decrease of 1.2 percentage points from the previous forecast at the start of the year.

The World Bank warned that alarms are going off for a “protracted period of feeble growth and elevated inflation.”

Both inflation and slow growth are putting world economy at risk … ⁦@WorldBank⁩ has cut its 2022 forecast from 4.1% in January, to 3.2% in April, to 2.9% most recently, amid surge in food & energy prices, supply disruptions and central banks’ tightening
⁦@Bloomberg⁩ pic.twitter.com/AJ9ymUTadh

“Both inflation and slow growth are putting world economy at risk.”

There seems to be no end to the global inflation that only continues to go up, which the World Bank cited the blame on supply chain shocks, elevated demand from opening up economies post-COVID, and the Russian invasion of Ukraine.

According to the report, global markets expected inflation to peak sometime around the middle of this year, before declining to about 3% by mid-2023.

The report shared that inflation will peak sometime in the middle of 2022 before it drops to around 3% by the middle of 2023, highlighting the progression of surging energy, rising food costs, and heightened interest rates from central banks.

100% of Advanced economies and 80% of Emerging and Developing countries are now experiencing above-target inflation, the World Bank report indicated.

The World Bank reports 100% of Advanced economies, and 80% of Emerging and Developing countries now experience above-target inflation. At the same time WB cuts global GDP forecast to +2.9%. (Down from +3.2%)
That means: GLOBAL STAGFLATION.
ht #JimPerry pic.twitter.com/12ZPpmEmkT

The World Bank also downgraded growth prospects for the United States in 2022 to 2.6% from the 3.8% it predicted in January.

The World Bank report cautioned that if geopolitical conditions do not begin to improve, “global growth could be substantially weaker.”

This warning is eerily similar to the one JPMorgan Chase CEO Jamie Dimon echoed, warning investors at a financial conference in New York that his firm is bracing for an economic “hurricane.” He indicated that investors must brace for rough times ahead.

They're Trying to Force Children to Watch DRAG SHOWS As Part of...

5 DEAD… Blood in the Streets

The violence in Chicago is supposed to get curbed during the colder months. The change in temperature, at…
byAnthony Smith

European Conflict Ramps Up, Missiles Fired From Outside Russia and Ukraine

With each day the war in Ukraine continues, the threat of an escalation which draws in more countries…
byStaff Editor 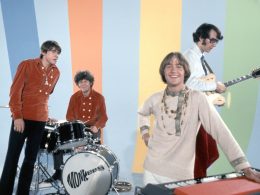 A warning was issued by President Donald Trump on Sunday night about massive voter fraud. The president warned…
bySandy Ravage