People are sick of the feds not doing their jobs, so they’ve decided to conduct their own amateur pedophilia sting operations, and this time they’ve caught a top executive at a major company.

A top Sony executive has now been fired after being allegedly caught in an amateur pedophilia sting operation that was posted to YouTube.

George Cacioppo, who was the senior vice president of Sony Interactive Entertainment — the team behind PlayStation — is accused of trying to arrange a meeting with a 15 year old boy, according to the YouTube video posted by a channel called People v. Preds.

People v. Preds is a YouTube channel dedicated to conducting amateur sting operations that are meant to catch sexual predators who meet victims online. The people behind the channel identified Cacioppo as a 64 year old who was attempting to set up a meeting with a 15 year old boy at 4:30 a.m. on Grindr, a dating app for gay, bi, trans and queer people.

When they were chatting on the app, Cacioppo tells them that his name is “Jeff.”

At the start of the video (after the intro), the cameraman walks down the street towards a house that Cacioppo, who is dressed in a black PlayStation 5 t-shirt, is standing in front of.

Referring to the alleged pedophile as “Jeff,” the cameraman asks him who he is planning on meeting.

“We can have a conversation or I can call the cops,” the cameraman says as Cacioppo turns around and walks back into the house, shutting the door as the cameraman shouts threats that he’ll call the police.

According to his LinkedIn profile, Cacioppo worked at PlayStation for over eight years, where his most recent position was senior vice president of engineering.

“We are aware of the situation and the employee in question has been terminated from employment,” Sony said in a statement to CNET.

While Cacioppo has not been criminally charged, Adam Sharki, a spokesman for the San Diego Police Department, said “there is an active investigation being led by the San Diego Internet Crimes Against Children Task Force (ICAC).” 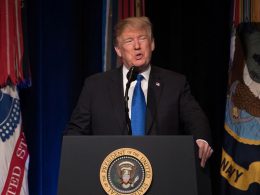