An illegal immigrant’s response to questions by a reporter exposes the truth about the crisis at our southern border caused by Joe Biden’s policies and promises on the campaign trail.

A reporter from ABC News spoke with an illegal immigrant at the border who had traveled from Brazil to Mexico in order to cross into the United States. His comments highlighted exactly what the Biden administration is trying to hide.

“Let’s say that you are the president of the United States,” Brodigan, a member of conservative comedian Steven Crowder‘s crew, writes in the introduction to the video. “Let’s say that you have a crisis going on at your southern border, one that was purely caused by your immigration policies. A crisis at the border that you want to convince people is not a crisis at the border. You know what you don’t want? This clip.”

“Would you have tried to do this when Donald Trump was president?” the reporter asks the illegal immigrant.

“Definitely not,” he responds.

“Did you come here because Joe Biden was elected president?” the reporter asks.

This short conversation highlights the point conservatives have been making for a long time: Democrat policies are magnets for illegal immigration. Promising amnesty to people living in the United States illegally leads to more people trying to get here before amnesty is granted. Illegal immigrants see Biden’s policies as a ‘Welcome’ sign at the border.

The migrants aren’t the only ones who see this, as Mexican President Andres Manuel Lopez Obrador recently made a comment about Biden’s policies.

“[Migrants] see him as the migrant president, and so many feel they’re going to reach the United States,” Obrador said of Biden.

Despite the narrative that the Biden administration has tried to push, it is obvious to anyone observing the situation at the border that there is a serious crisis. The floodgates have been opened, and the number of illegal crossings has surged dramatically.

Without Donald Trump‘s strict illegal immigration policies, there is no hope to stop this crisis from continuing. As Joe Biden is beholden to the demands of the radical fringe of the Democrat Party, the policies necessary to end this crisis will never be enacted. 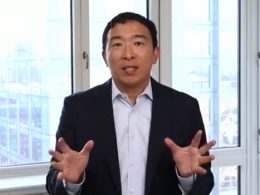 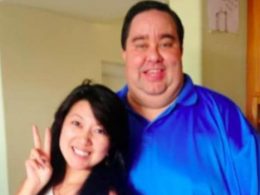