Former President Donald Trump’s latest rally in Georgia is being regarded as part of a major test of his influence which has the potential to impact both the 2022 midterm elections and the 2024 presidential election. Trump was in the state to campaign for several of his favored candidates, including Herschel Walker and David Perdue. Journalists have claimed that attendance and enthusiasm at the rally was underwhelming compared to previous appearances.

Trump was in the state to campaign for the candidates he has endorsed, but much of the rally was devoted to his other objective: unseating Georgia Governor Brian Kemp.

Kemp was elected in 2018 with Trump’s support, but the 2020 election made him a bitter enemy when he refused to assist efforts to overturn the official election results in the state.

Former Senator David Perdue is running with Trump’s blessing to defeat Kemp. Initially it was assumed that Perdue would rally Trump supporters in the state to win an easy victory, but now the race is very much in doubt.

Polls have showed a strong lead for Kemp over Perdue, in spite of everything the former president has invested in helping to defeat the incumbent.

The Georgia governor is near the top of Trump’s list of Republicans who need to be replaced with friendly nominees in 2022.

Trump and many of his supporters view Kemp as a traitor, so if he can’t be replaced with Perdue there will be serious questions about how secure Trump’s influence within the party is.

Perdue may simply not be doing enough to inspire confidence in his ability to defeat Abrams, something Kemp has already done once before.

Regardless, a failure for Perdue would be a major setback for Trump. The rally made it clear that his determination to throw Kemp out of office has only increased since 2021. He has attached himself too closely to that cause to avoid seeming defeated if Kemp manages to win.

Trump is undeniably the most popular and influential figure within the Republican Party, but underwhelming results for his candidates in 2022 could cripple his momentum ahead of a 2024 run.

Biden is currently more unpopular than ever and his flailing approval ratings aren’t likely to see any major improvement before November. It should be a very good year for Republican candidates nationwide.

If Trump can’t effectively capitalize on this favorable climate to get his candidates into office  then there might be serious doubts about his presidential future. There is still time for Perdue to rally, however, and those who underestimate Trump as a campaigner do so at their own peril. 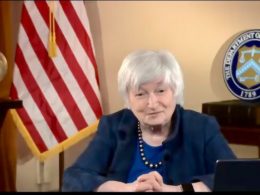 Rep. Matt Gaetz is one of the last Republicans left actually fighting for the people he represents. In…
bySandy Ravage

Major election errors have been uncovered in a solidly blue state. A recent announcement from the Board of…
bySandy Ravage