Left-wing Supreme Court Justice Stephen Breyer has decided to tell the truth about the repercussions of the radical left’s plans to expand the Supreme Court.

Since President Trump was able to appoint three “conservative” justices, the radical left has been advocating for expanding the number of justices on the Supreme Court to “balance” the court. In reality, they just want more power. If they succeed in increasing the number of justices on the court, it will create a dangerous precedent that will likely continue with every new administration adding more justices. Where will it end?

On April 6, Justice Stephen Breyer said that expanding the Supreme Court to dilute the conservative majority would make the court seem more political, and would damage its influence.

The Supreme Court’s authority depends on “a trust that the court is guided by legal principle, not politics,” Breyer said.

“If the public sees judges as ‘politicians in robes,’ its confidence in the courts, and in the rule of law itself, can only diminish, diminishing the court’s power, including its power to act as a ‘check’ on the other branches,” he added.

Breyer, 82, made his remarks during a prepared speech at Harvard Law School. He also made an important point, stating that, despite the conservative majority, the Supreme Court has made a lot of left-leaning decisions in recent years.

“The court’s decision in the 2000 presidential election case, Bush v. Gore, is often referred to as an example of its favoritism of conservative causes. But the court did not hear or decide cases that affected the political disagreements arising out of the 2020 Trump v. Biden election,” Breyer said.

Conservatives currently have a 6-3 majority on the court, but you wouldn’t know that from their decisions.

“[The Supreme Court] did uphold the constitutionality of ObamaCare, the health care program favored by liberals. It did re-affirm precedents that favored a woman’s right to an abortion. It did find unlawful certain immigration, census, and other orders, rules, or regulations, favored by a conservative president,” Breyer said in his speech.

Even the late Supreme Court Justice Ruth Bader Ginsburg, who is seen as one of the most left-wing justices, disagrees with the expansion of the court.

“It would be that — one side saying, ‘When we’re in power, we’re going to enlarge the number of judges, so we would have more people who would vote the way we want them to,’” Ginsburg told NPR in an interview in 2019.

“Nine seems to be a good number. It’s been that way for a long time,” she added.

Regardless of which party is in the majority, it seems that sane people realize the danger of expanding the Supreme Court. 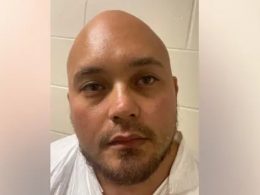