It’s finally official: the Supreme Court of the United States has overturned Roe v. Wade with a 6-3 ruling while deciding the case of Dobbs v. Jackson Women’s Health Organization. The draft ruling which had originally been leaked to  Politico back on May 2 has become reality.

“Roe was egregiously wrong from the start. Its reasoning was exceptionally weak, and the decision has had damaging consequences.”

“We hold that Roe and Casey must be overruled. The Constitution makes no reference to abortion, and no such right is implicitly protected by any constitutional provision, including the one on which the defenders of Roe and Casey now chiefly rely—the Due Process Clause of the Fourteenth Amendment. That provision has been held to guarantee some rights that are not mentioned in the Constitution, butany such right must be “deeply rooted in this Nation’s history and tradition” and “implicit in the concept of ordered liberty.”

“It is time to heed the Constitution and return the issue of abortion to the people’s elected representatives. “The permissibility of abortion, and the limitations, upon it, are to be resolved like most important questions in our democracy: by citizens trying to persuade one another and then voting.” Casey, 505 U. S., at 979 (Scalia, J., concurring in judgment in part and dissenting in part). That is what the Constitution and the rule of law demand.”

Justice Alito then continued on to conclude,

“We end this opinion where we began. Abortion presents a profound moral question. The constitution does not prohibit the citizens of each State from regulating or prohibiting abortion. Roe and Casey Arrogated that authority. We now overrule those decisions and return that authority to the people and their elected representatives.”

According to USA Today, the legality of abortion will be as it was prior to 1973: a determination of each state with 17 Republican-led states set to outright ban the procedure through pre-existing laws or ‘trigger laws’ while 14 Democrat-led states will enact laws to preserve it.

“After today, young women will come of age with fewer rights than their mothers and grandmothers had, The majority accomplishes that result without so much as considering how women have relied on the right to choose or what it means to take that right away.”

Bill Clinton Just Said Something About ALIENS That's Totally Out OF This World...

A group of patriot activists, the “We The People AZ Alliance” has released footage via Youtube from the…
bySandy Ravage 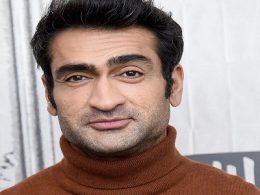