The Kremlin has responded with anger after President Joe Biden and other senior officials publicly described Russian President Vladimir Putin as a “war criminal.” Moscow said that the description is “unacceptable and unforgivable” and effectively told Biden to look in the mirror. Putin has repeatedly deflected war crime accusations by pointing to American-led interventions that have caused heavy civilian casualties.

General Curtis “bombs away” LeMay, who led the bombing campaign against Japan in World War II freely admitted that he probably would have been tried as a war criminal if he had lost the war.

There is an undeniable element of truth to the idea that “it’s only a war crime if you lose.” Biden can only prosecute Putin as a war criminal if he invades and conquers Russia, historically an unprofitable venture.

Calling him a war criminal right now will realistically only anger the Kremlin and make it less likely that a diplomatic solution can be found before the world descends into another cold war.

It is also unclear what specifically the justification is for the White House formally accusing Putin of war crimes. This is an extremely serious accusation that requires hard evidence.

There could be an argument for Putin’s invasion of a sovereign country inherently being a criminal act. This of course invites attention to America’s foreign ventures, some of which Biden has been directly involved in.

The counterargument would  be that the United States intervenes to depose despots whereas Putin is trying to take land from Ukraine.  Unfortunately, one man’s humanitarian liberation is another man’s hostile occupation.

As for individual war crimes carried out in Ukraine, it will take time to separate the truly illegal acts from the atrocity stories that abound in every war.

Simply noting that a combatant fired on a “civilian building” does not inherently mean that they have violated the Geneva Conventions.

An apartment building becomes a valid military target as soon as one side starts firing from it. Even if civilians are killed in the subsequent fighting, that does not automatically make a soldier guilty of war crimes.

Setting aside the morality and legality of the war itself, there has not been sufficient evidence presented to indicate that either side is being ordered to intentionally target civilians.

If the White House decides that collateral damage resulting from an invasion is inherently criminal then it invites other countries to suggest that Americans who served in Iraq are as guilty as Russians fighting in Ukraine.

The merits of these competing arguments could be debated endlessly, but a war crime is ultimately a legal matter. Feeling that Putin is a war criminal does not equate to a legal decision that holds him accountable as one. 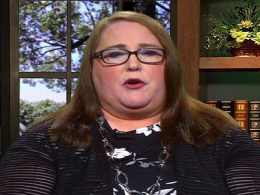 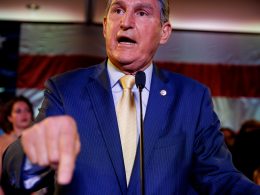 The fracture between the Bidens and Kamala Harris seems to be deepening. Reports coming in from Human Events…
bySandy Ravage