On Thursday, the former White House physician for Barack Obama and Donald Trump, Ronny Jackson, smacked down Imperial Leader Joe Biden for his so-called “press conference.” He got more than a little vocal on his twitter account about the mental status of His Wisdom.

White House doctor turned conservative Texas Representative, Ronny Jackson, is concerned about the mental status of Joe Biden. Between falling up the stairs repeatedly last week, then appearing to lose his mind, or at least his train of thought, more than once during an hour-long and heavily rehearsed pseudo=press conference at the Palace on Thursday, everyone in America is wondering the same thing.

“I’ve seen what it takes physically AND mentally to do the job. I can tell you right now that the way Biden is hiding from the public is a MAJOR red flag. Something’s not right!”

The 78-year-old Imperial Leader obviously “struggled” in a “mental” way through the obviously staged show. Biden even had his script all spelled out for him in a neat little book full of soundbites and cues for him to launch a rehearsed subroutine of propaganda programmed by his handlers at the Palace.

Whenever he would hear one of the trigger phrases from a hand-picked reporter’s softball question, his eyes would go blank.

Trance-like, Imperial Leader Biden would gaze glassy-eyed straight into the camera. The way he transformed his appearance in preparation for his act was spooky. It looked as if he was being possessed by a demon who proceeded to answer through Joe’s body.

The mental meltdown was obvious. “This ‘Press Brief’ was EMBARRASSING!” Jackson tapped out to Twitter followers. “Not only for Biden, but for the liberal press corps as well. He struggled to make it through.”

Jackson also noticed that “despite the fact that he followed a strict order of reporters to call on and was reading what appeared to be prepared answers from the podium,” he still couldn’t complete a large number of his sentences without getting lost.

At times he seemed like he didn’t know where he even was. If those aren’t signs of a mental breakdown, most Americans don’t know what is.

Kamala Harris is already busy at work typing up a rough draft of the 25th Amendment paperwork. If he doesn’t manage to kill himself falling down the steps from Air Force One before she gets the document finished she can have him removed for mental instability.

She’s been itching for her promised promotion to Empress and she’s got the barn in sight. If that doesn’t do the trick, she can always leak some juicy inside data about Hunter Biden to the press and get him impeached.

Could you imagine what the press would have done if Donald Trump had pulled something like this? Helps when the “press” are your biggest fans! Shameful and Embarrassing!!

Of course, it doesn’t hurt that the entire mainstream media network is fully under palace control. Even Dr. Jackson saw the crystal clear political bias. “Could you imagine what the press would have done if Donald Trump had pulled something like this?” They would have burned down the podium.

“Helps when the ‘press’ are your biggest fans! Shameful and Embarrassing!!” Even liberal Chris Wallace is questioning the mental ability of our Imperial Leader. He was quoted saying that he’s “never seen” a president that needed to rely on reading directly off of prepared notes to answer questions.”

Katie Meyer, a 22 year old undergraduate student-athlete at Stanford University, died in an on-campus residence, according to…
byStaff Editor 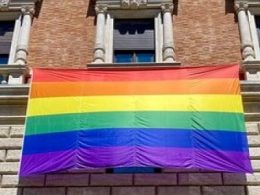 Despite numerous complaints, the school board at Broadview-Thompson Elementary School in Seattle is refusing to do anything about…
bySandy Ravage