Former Secretary of State Mike Pompeo is jumping back in the ring on Wednesday to fight for American security. He has to do it simply because Imperial Leader Joe Biden has already submitted to the will of the Ayatollah and has committed to helping Iran build working nuclear bombs.

Former President Donald Trump’s Secretary of State, Mike Pompeo, will be back in Washington on Wednesday for a conservative press conference with republican lawmakers headed up by congressman Jim Banks of Indiana. He will be speaking just outside the Capitol in support of a measure sponsored by the conservative group.

The RSC, made up of 154 conservative GOP members in the House, has introduced the “Max Pressure Act” designed to turn the Trump administration “maximum pressure” Iran sanctions policy into law.

Without it, Biden and his handlers are all set to start shipping pallets of cash so the Ayatollah can build ICBMs and terrorize the planet with freshly enriched uranium, neatly spooned into nuclear warheads. Pompeo gets credit for crippling Iran by strangling their income flow. He’s furious that the new regime has virtually caved in to Iran.

The palace has sent a team of negotiators to Vienna expressly to discuss ways to dust off Barack Obama’s Joint Comprehensive Plan of Action, the infamous “Obama-era nuclear deal.” They’re meeting with Iranian diplomats and also with all the “signatories” to the diabolical former pact.

Trump infuriated globalists by pulling the plug on it in 2018, when he slapped down the punishing sanctions and brought the Ayatollah to his knees. Those sanctions are “considered a key part” of the Pompeo legacy.

The risk is real

Biden has declared he fully “is intent on rejoining the JCPOA.” He thinks that he can believe Iran’s promises “to reverse course on its violations of the terms of the deal.”

The Ayatollah promises to only use the heavily enriched uranium for power so Biden is ready to lift all the penalties. Without any guarantees that Iran will ever comply with anything. Pompeo isn’t buying it.

America may be the “noblest force for good and for human rights in the world,” Pompeo announced last week in New York City, but we “cannot permit the return to a situation where the risk to the Jewish homeland is real.”

As soon as Iran gets their hands on nuclear weapons all bets are off. The Republican coalition plans to stop the madness with legislation to ensure that “sanctions on Iran can only be lifted if Tehran meets 12 demands.”

These are the same demands which Pompeo set down in May of 2018 when we pulled out of the Obama Era appeasement deal. All the Ayatollah has to do in order to get the bank accounts unlocked is “allowing full international access to observe and inspect Tehran’s nuclear activity” and a few more simple things.

If they really did have peaceful purposes, they wouldn’t mind giving up “any activity that could be used to develop materials for a nuclear weapon.” They should have no objection to “ending its proliferation of ballistic missiles.” Of course, it wouldn’t hurt to release “all American and international prisoners” who have been arrested on “spurious charges.” One of the most crucial provisions of the bill “calls for submitting to the Senate for ratification as a treaty any new agreement with Iran.” 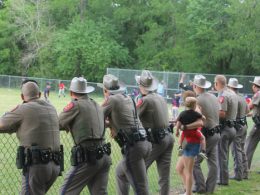