Actor Mark Wahlberg has been known to go against the grain of the typical Hollywood nut jobs. Your typical left-coast intelligencia of the entertainment-industrial complex believe that they can continue to condescend to the American people while we pay vast sums to watch them strut and fret their hour upon the stage. Mark Wahlberg however, tends to disagree.

Wahlberg seems to realize that people like Robert  De Niro are actually hurting the industry by getting up on their soapboxes and slamming Americans with conservative beliefs.

Wahlberg Speaks Out for Americans

After “Patriots Day,” a movie about the attack during the Boston Marathon, wrapped production, Wahlbert had a rather eye-opening message to his fellow actors and Americans.

According to Right Wing News Hour, He said,

“A lot of celebrities did, do, and shouldn’t [talk about politics].”

“You know, it just goes to show you that people aren’t listening to that anyway.”

“They might buy your CD or watch your movie, but you don’t put food on their table.”

“You don’t pay their bills.” “A lot of Hollywood is living in a bubble.”

He continued, pulling zero punches, “They’re pretty out of touch with the common person, the everyday guy out there providing for their family.” “Me, I’m very aware of the real world. I come from the real world and I exist in the real world.”

“And although I can navigate Hollywood and I love the business and the opportunities it’s afforded me, I also understand what it’s like not to have all that.”

He added, “I definitely think the film is going to bring people together.”

“It will give people an added boost and a reminder of what a great country we do have and how amazing people are.”

“People really dedicated their lives to serving our country and our communities, and we need to honor that. The overall purpose of police and military is protect us. It’s an amazing thing, and every chance I get I want to thank them for their service.”

Wahlberg has always found success in connecting with everyday Americans through his salt-of-the-earth characterizations and down-to-earth themes in his productions. He understands that success in business and in life is built upon mutual respect and his journey reflects that.

Your typical Hollywood types just don’t understand and they don’t want to either. They’d just prefer your shut your mouth, buy your ticket and fill a seat… oh and vote for whom they tell you to. 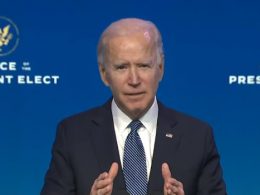