French President Emmanuel Macron and his right-wing challenger Marine Le Pen faced each other in a single debate before the country’s runoff election on April 24, giving each one last chance to win undecided voters in what has become an unexpectedly tight race. Le Pen and Macron faced each other in 2017 as well; that time the debate was seen as one of the deciding factors in securing Macron’s landslide victory.

Candidates face each other in one debate

In 2017, however, Macron was a political outsider sweeping past the candidates of the established political parties in France and offering fresh leadership.

Now he is a beleaguered incumbent with five lackluster years in office behind him and a voter base that largely regards him as the lesser evil rather than an opportunity for change.

Macron was almost unanimously seen as the winner of the 2017 debate, in which he managed to hammer Le Pen on economic issues and come across as the better prepared of the two.

His demeanor this time was aggressive from the start of the April 20 debate, while Le Pen often came across as the more reserved and relaxed of the two.

This was a gamble for Macron, who is widely disliked as an arrogant and out of touch politician. By going on the offensive he was able to again hit Le Pen hard on key subjects, but his frequent interruptions and combativeness may have irritated some viewers.

Le Pen had the enormous advantage this time of being able to point out Macron’s first term to a public that has largely been unimpressed his performance.

Macron was largely judged to have had the better performance of the two in polls following the debate, but there is general agreement that he failed to land a decisive blow and Le Pen managed to avoid a repeat of 2017.

The vast majority of voters who have already decided on a candidate admitted that the debate would not be changing their mind about who to vote for.

With significant numbers still undecided, however, the debate was Macron’s best chance to secure an advantage in the final days if he could emerge as the clear winner.

The incumbent is still considered the favorite, but he did not succeed in making himself unbeatable, even with his attacks on Le Pen’s past support for Vladimir Putin and Russia.

Depicting her as a puppet of the Kremlin was clearly a central part of Macron’s strategy, but Le Pen managed to survive this vulnerable subject without stumbling into a disaster.

Victory for Macron is still more likely, but it will not be too comforting for foreign observers worried about the fate of global neoliberalism; the race will be very close in any case, and Le Pen has galvanized a large bloc of young voters who will be more active in five years than Macron’s older base.

The chairman of a GOP Committee, which had just hosted a social gathering with Senator Tom Cotton and…
bySandy Ravage 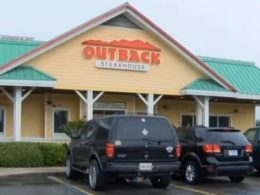 Officers Visit Restaurant After Exhausting Shift and Get This Heartwarming Surprise

Lately, the media has been full of stories showing nasty messages to waitresses for whatever reason, many stories…
byStaff Editor

Kamala Harris, the Vice President of the United States, was called out by entrepreneur Elon Musk after she discussed…
bySandy Ravage