Notorious RINO Rep. Liz Cheney (R-WY) is now being protected by Capitol Police Security with a “detail of plainclothes, ear-pieced agents,” while she is in Washington, D.C. in what The New York Times called “an unusual measure for a House member not in a leadership position.” costing taxpayers tens of thousands of dollars per month. The heiress of the Cheney political dynasty has made a great many enemies by vehemently turning her back not only upon her constituents in Wyoming and her own party’s leadership but on Republican supporters of President Trump and the America First agenda, nationwide.

The New York Times also reported that Cheney’s events in her home state have not been widely publicized for fear of attracting hostile crowds or as the Times put it “Security reasons”. Reportedly the turncoat Republican is so utterly terrified of her own constituents that she has also spent some $58,000 from her campaign fund to arrange for private security when she is away from Washington, D.C.

According to The Hill, a Cheney spokesperson said “We don’t comment on security,” But with Cheney fighting for her political survival in a decidedly uphill battle, her inability to adequately hype up public appearances, generate excitement, and draw big crowds could prove a fatal handicap.

Congresswoman Cheney’s troubles seemed to begin when she decided to stand against efforts of her colleagues to object to the heavily disputed electoral college vote confirmation, siding instead with the Biden-Harris regime and indeed turning her back on the vast majority of Republicans who concur that the 2020 Election was so mired in allegations of Electoral Fraud that the certification of the election couldn’t move forward without additional investigation.

As previously reported in The GOP Times, Cheney told Bret Baier of Fox News,“We all have an obligation, and I would say Fox News especially – especially Fox News –  has a particular obligation to make sure people know the election wasn’t stolen.”

Cheney has even since, took nearly all of the Democrat-Socialists narratives to heart, even going so far as to dutifully jump to Dr. Anthony Fauci’s defense at every possible turn.

“It is somewhat stunning even for someone with the intellectual dishonestly to persistently attest that President Trump and her GOP colleagues had some sort of culpability for the January 6th Capitol breach, by using the EXACT same rhetoric merely toned down a bit, that Democrats have used for decades. But yes, Rep. Cheney is breathlessly rising to an ardent defense of Dr. Fauci, without even deviating from the Democrats’ pre-scripted talking points.”

Elections have consequences and yes, our political actions have consequences too. Unfortunately, the paranoia and fear of her own people that Cheney’s ‘Trump derangement’ has driven her to are now costing the American Taxpayers tens of thousands of dollars. If the Wyoming Representative is unwilling to face her own constituents, she should simply resign. But on the bright side as Thomas Jefferson taught us “When governments fear the people, there is liberty. When the people fear the government, there is tyranny.” 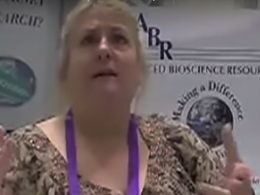