In August 2021, the York County Republican Party placed a vote to censure Graham. Their reasoning was because he voted for the American Jobs Plan which is devastating to conservative principles and to putting America first.

The party had a staggering 83% of the members agree to the censuring and they said he was being censured for “voting contrary to conservative ideals.”

“Senator Graham has turned his back on the Republican Party Platform, those who worked to get him elected, and has put America’s interest’s second to China, and the rise of Marxism in the United States,” the party said.

RINO on the Run

To make matters worse, Graham probably helped to further Critical Race theory by his vote. The party also says that the plan will also ultimately hurt South Carolina and increase taxes on residents.

At the next state meeting in South Carolina, the state’s Republican Party is planning to bring the resolution forth.

In part the resolution reads:

The South Carolina Republican Party firmly believes in the original intent of Home Rule. We believe that Affirmative Action, discrimination, preferential treatment, including treatment based on race or gender, are in direct conflict with our nation’s founding documents and violate the fourteenth amendment. We believe in tax policies that will help the economy grow, not stunt the taxpayer, or punish achievement. We believe in privatization and believe that it is an important alternative to expanded government services. Finally, we believe in Free Enterprise. Senator Graham violated these most basic tenants contained in the South Carolina Republican Party Platform when he voted three times with the Democrats allowing the American Jobs Plan to move forward in July and August 2021.

Graham has come under fire many times for his lack of support of Donald Trump as well as voting with Democrats on issues that will hurt conservatives. Graham’s office is yet to respond to the backlash. 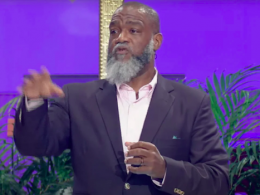