14 Republican senators just abandoned their constituents by voting in agreement of a gun control bill that gives Democrats their wish list for gun control.

Recently, nine Republicans, which included Senate Minority Leader Mitch McConnell’s choice for a chief negotiator, Sen. John Cornyn, pledged to pass restrictive gun legislation. Sens. Pat Toomey was not present, but when the “bipartisan” group of senators finally produced the hurried bill’s text, Republican Sens. Joni Ernst, Todd Young, Shelley Moore Capito, and Lisa Murkowski worked with the bill’s authors to speed it through the upper chamber and then to the House of Representatives.

The remaining Republicans who voted in support of the bill include Bill Cassidy of Louisiana; Susan Collins of Maine; Roy Blunt of Missouri; Thom Tillis and Richard Burr of North Carolina; Rob Portman of Ohio; Lindsey Graham of South Carolina; and Mitt Romney of Utah.

With the final vote tally at 64-34, the Senate made the decision to move forward on debates for an ambitious rewrite of the country’s firearm laws.

According to Newsweek, Cornyn led the Republicans in working with Democrats to craft the bill saying, “Some think it goes too far, others think it doesn’t go far enough. And I get it. It’s the nature of compromise.”

“I believe that the same people who are telling us to do something are sending us a clear message, “ he added, ”To do what we can to keep our children and communities safe. I’m confident this legislation moves us in a positive direction.”

The bill contains a large amount of ambiguous wording related to “dating partners” and “red flag” regulations, which allow law enforcement to temporarily seize an individual’s firearms if they are deemed a danger to others or to themselves. These laws are likely to be readily abused by partisan bureaucrats.

And despite Democrats claims that the bill is the most significant gun legislation since 1994, the senators pushing for it have offered little to no evidence that it will actually discourage criminals from committing crimes that have been deemed illegal for quite some time.

Of course, pro-Second Amendment groups such as the National Rifle Association strongly opposed the legislation immediately after it was released.

Here’s what the NRA said in a statement:

“This legislation can be abused to restrict lawful gun purchases, infringe upon the rights of law-abiding Americans, and use federal dollars to fund gun control measures being adopted by state and local politicians. This bill leaves too much discretion in the hands of government officials and also contains undefined and overbroad provisions – inviting interference with our constitutional freedoms.”

A majority of the Senate GOP conference appeared to agree.

34 Republicans voted in opposition to the bill, who claimed that it violated the rights of law-abiding gun owners, not to mention the fact that many senators felt they weren’t given enough time to study the text.

Tonight, I opposed the gun control legislation — released only an hour before the vote — that would infringe on law-abiding Americans’ Second Amendment rights.

This bill won’t stop the violent shootings by deranged criminals. But it will restrict the freedoms of law-abiding Americans and put too much power in the hands of politicians and political officials.https://t.co/VMJaxP6014

“Here we are voting to move on a bill negotiated entirely behind closed doors, released only an hour ago, that no one has had time to fully read, that ignores the national crime wave and chips away at the fundamental rights of law-abiding citizens.”

Following the release of this bill, many Republican opponents are expected to use any legislative procedures possible to slow the consideration of the bill. 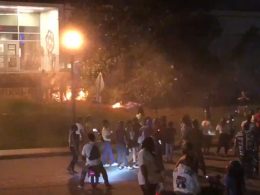 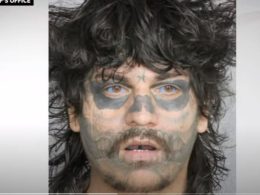