Feminist Group Put On Blast For Their Idiotic Statement

Megyn Kelly put the feminist group, “Women’s March,” on blast after they make the nonsense claim that “trans women are women.”

The host of Sirius XM’s “The Megyn Kelly Show” podcast took to Twitter to respond to a tweet from the official social media account for the Women’s March group that read, “Trans women are women. That’s it. That’s the tweet.”

“No they aren’t,” Kelly, the former Fox News host tweeted back to her more than two million followers. “There are massive differences between women and trans women.”

“We can be respectful to trans people while not abandoning reality,” she added.

No they aren’t. There are massive differences between women and trans women. We can be respectful to trans people while not abandoning reality. https://t.co/TsxE3Y56Cx

The Daily Wire reports that Kelly’s tweets remain consistent with her recent takedown of the University of Pennsylvania. She called the university “a disgrace” after UPenn nominated Lia Thomas, a biological male who identifies as a female, as NCAA “Woman of the Year.”

“This is a disgrace,” the host explained in her opening monologue. “Lia Thomas is not a woman. Lia Thomas is a trans woman who lived the first 20 years of her life as Will Thomas, a man. She only decided to transition in 2020, after swimming three seasons as a middling competitor on the men’s team, ranking in the mid 500s. On the woman’s team, the very next year, ranked number one.”

The host laid out her case against the university, championing UPenn’s biologically female swimmers “worked hard as young girls to make it in swimming, to make it to Ivy League swimming.”

“I mean, not for not nothing, but they swam with growing breasts, growing hips, more fat on their bodies, less upper body strength than their male competitors,” Kelly pointed out. “They swam with shorter legs … thinner and weaker muscles than the boys. They swam with periods, and cramps, and bloating.”

She concluded by stating, “Lia Thomas is not woman of the year. That title belongs to one of the women who dealt with all the physical and emotional challenges and opportunities that come with being an actual woman … Not to a six-foot-three biological man who, within the last two years, declared that he was a woman. Period.” 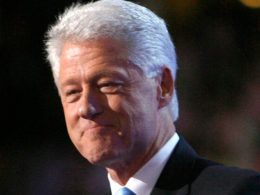 She Bought a Meal for a Homeless Man, Then He Gave Her a Shocking Note… 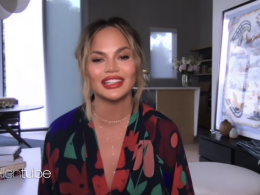 Chrissy Teigen got candid while speaking at a summit held by social impact agency Propper Daley on Thursday.…
bySandy Ravage

Our politicians are being judged based on their responses to COVID19, some in different ways than others. A…
byStaff Editor 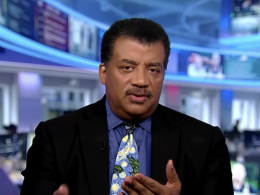