Reverend Raphael Warnock, one of two Democrat candidates in the Georgia Senate runoffs in January, has landed in hot water after a speech supporting a criminal, and disparaging the United States as racist.

Warnock, who is also the head pastor of Ebenezer Baptist Church in Atlanta, gave the eulogy for Rayshard Brooks, another criminal that the left is lauding as a martyr, despite evidence that he fought police and fired a Taser at them during an incident earlier this year.

“These new videos indicate that during a physical struggle with officers, Brooks obtained one of the officer’s Tasers and began to flee from the scene. Officers pursued Brooks on foot and during the chase, Brooks turned and pointed the Taser at the officer. The officer fired his weapon, striking Brooks,” the Georgia Bureau of Investigation said.

Rather than explain the incident which led to the police shooting of Brooks, who was drunk behind the wheel of a car, watch the bodycam footage:

Watch the footage yourself… https://t.co/1H6fsnLjpL

During Warnock’s eulogy speech, he stated that America was dealing with two viruses: COVID-19 and COVID-1619, referring to the New York Times’ historically inaccurate ‘1619 Project,’ which describes America’s founding as the year slaves first arrived in the area which is now the United States.

“We’ve been trying to beat back this virus of racism since 1619, when 20 slaves arrived on the shores of Jamestown, Virginia,” the Democrat Senate candidate declared.

“You don’t have to be shot down by an officer for racism to kill you,” he added.

Here is the clip that ignited the scorn of many Americans:

"We've been trying to beat back this virus of racism since 1619 when 20 slaves arrived on the shores of Jamestown, Virginia"

"You don't have to be shot down by an officer for racism to kill you," says pastor at the funeral of Rayshard Brookshttps://t.co/nacspVr5Dh pic.twitter.com/t8PWFSlE0K

25 Black Pastors Speak Out Against Warnock

A group of black pastors believe that Warnock is focused on the wrong issue, and see his views as contrary to his role as a Reverend.

According to the Western Journal, “Statistics have shown black women are up to four times more likely to abort their children; in 2018, The Wall Street Journal reported that more black children were aborted in New York City than were born alive.”

These numbers explain why 25 black ministers sent an open letter to the Democrat candidate on Friday regarding his support for abortion rights.

“Unborn Black, Brown and White lives are so much more than clumps of cells, burdensome inconveniences, or health problems,” the ministers wrote.

While the pastors said they “applaud[ed] your commendable efforts to share Christ while pursuing political solutions to our most pressing problems today,” they wrote that they were “compelled to confront your most recent statements concerning abortion.”

“They are sacred human persons endowed by God with inalienable dignity and worth. We implore you to uphold the Biblical defense of life and to fight against the systemic racism of abortion,” the pastors added.

“You have gone on the record saying that you are a ‘pro-choice pastor’ who will ‘always fight for reproductive justice.’ You have publicly expressed your views that abortion is an exercise of ‘human agency and freedom’ that is fully consistent with your role as a shepherd of God’s people,” the letter read.

“We believe these statements represent grave errors of judgment and a lapse in pastoral responsibility, and we entreat you to reconsider them. As a Christian pastor and as a Black leader, you have a duty to denounce the evil of abortion, which kills a disproportionate number of Black children. Your open advocacy of abortion is a scandal to the faith and to the Black community,” the letter continued.

The letter also included a biblical case against abortion, involving Psalm 139 and the Seventh Commandment, and discussed the disproportionate number of black people killed through abortion and the white supremacist underpinnings of the early abortion movement.

“But they do not need Black pastors making excuses for the racism in the abortion industry. Killing Black lives, especially killing unborn Black lives, does nothing but brutalize and scar vulnerable Black communities who are already suffering so much,” they continued.

Of course, as Democrats, Warnock and his campaign didn’t try to dispute the facts of the letter, but instead went straight to disparaging the pastors for not focusing on other issues, and attacking the credibility of the signatories to the letter, some of whom support Warnock’s opponent, Senator Kelly Loeffler.

“Reverend Warnock believes a patient’s room is too small a place for a woman, her doctor, and the U.S. government and that these are deeply personal health care decisions — not political ones,” Warnock campaign spokesman Michael Brewer said.

“He also believes those who are concerned about life ought to be focused on the incredibly high rates of infant mortality and maternal mortality, and working to make sure we are expanding access to health care, not taking it away,” he added.

Rev. Dean Nelson, who organized the letter, responded to the Democrat Senate candidate and his campaign.

“The message of the letter is relevant no matter who some of the signatories support, even though there are Republicans, independents, and Democrats who have signed it. Rev. Warnock’s extreme embrace and advocacy for abortion conflicts with biblical teaching and true justice for humanity. We urge him to reconsider his support for it,” Nelson said. 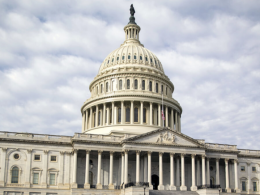 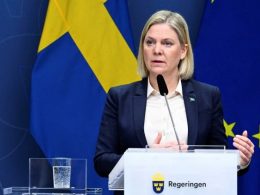 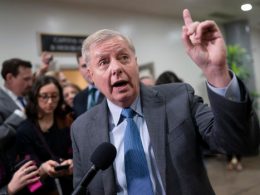