The Fifth Circuit Court of Appeals has ruled that the Deferred Activity for Childhood Arrivals (DACA), referred to as the “Dream Act,” was unlawful, yet said it could stay in force for the 600,000 “Dreamers” that had actually currently acquired the standing.

The DACA program was enacted through executive fiat by former President Barack Obama, a Democrat, in 2012 after stating several times that he did not have the constitutional power to do so. The executive order enables illegal aliens that arrived here in the United States as children to remain in the U.S. in a quasi-legal capacity.

The Fifth Circuit Court of Appeals agreed with Obama that he did not have the power to enact such an amnesty program without Congress passing legislation.

The three-judge panel for the court upheld a lower court ruling from July 2021 that claimed Obama did not have the constitutional authority to apply the program by means of Executive Order. The latest ruling maintains an injunction in effect against new applicants.

“We also recognize that DACA has had profound significance to recipients and many others in the ten years since its adoption. Given the ‘uncertainty of final disposition’ and the ‘inevitable disruption that would arise from a lack of continuity and stability,’ we preserve the stay as to existing recipients,” the ruling stated according to CNN.

After the ruling, Democrat Rep. Chuy Garcia of Illinois urged Congress to pass legislation to protect DACA and keep the program in place according to TheBlaze.

“While this decision brings relief to current DACA recipients, it underscores the urgent need for Senate action on The Dream and Promise Act. We must provide long-term stability for DACA recipients and not close the door on the many young people who already call this country home,” Garcia tweeted.

In August, the Biden regime made moves to try to strengthen the DACA program by allowing public comment, a process that had been overlooked by Obama as well as was criticized by the judge that struck down the regulation.

The ruling concluded in part, “The legal questions that DACA presents are serious, both to the parties and to the public. In our view, the defendants have not shown that there is a likelihood that they will succeed on the merits. But we are mindful that, in the similar DAPA case, the Supreme Court was equally divided over our judgment. We also recognize that DACA has had profound significance to recipients and many others in the ten years since its adoption. Given the “uncertainty of final disposition” and the “inevitable disruption that would arise from a lack of continuity and stability,” we preserve the stay as to existing recipients.”

If the Biden DOJ attempts to appeal the ruling, it will be decided inevitably by the Supreme Court.

The somewhat unlikely premise that following a Republican Congressional victory in 2022, President Trump could conceivably be named…
bySandy Ravage 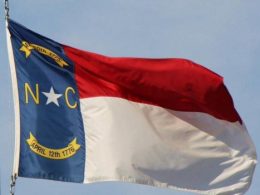