Lawmaker Ana Paula da Silva, also known as Paulinha by locals, is turning heads for her outfit choices, rather than her policy ideas.

The Brazilian lawmaker chose to wear a rather revealing dress on her first day as a member of the Brazilian state of Santa Catarina’s Legislative Assembly.

Though most politicians receive criticism and abuse online for their policy choices and positions, this lawmaker is being attacked for her outfit.

The striking red dress that da Silva chose to wear left little to the imagination with its plunging neckline.

Some encouraged her outfit selection, but others questioned her choices, wondering if she had been out clubbing the night before and had just come to work without changing.

Some even decided to refer to da Silva as the “representative of prostitutes.”

Paulinha did not take the comments well, and has already threatened to take legal action against her trolls, stating that any financial benefit received from the lawsuits would be donated to charity.

Speaking with a local news outlet, the lawmaker stated, “I thought people were going to talk about the red, but they just focused on the cleavage.”

“Women have breasts and I have big breasts, I’ve always been like that,” she continued.

Paulinha added that just because she is a member of the assembly, does not mean she has to change who she is, stating that she will not “become another woman.”

“The message has been given. Women are in politics and society has to get used to it. There are much more important issues for the Legislative Assembly to discuss,” she continued.

Paulinha has continued to choose outfits that turn heads, despite the criticism. 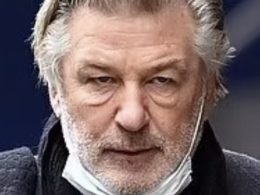 Under the Obama Administration changes were made to the Former Presidents Protection Act, changes that the Democrats are…
bySandy Ravage