President Donald Trump can chalk Alaska up in the win column, left-leaning NBC News grudgingly admitted in their latest projection. This year’s election is far from over with votes still trickling in and election fraud lawsuits piling up slightly faster.

Democrat propaganda mills are working overtime trying to hammer home the liberal narrative that things are fine and dandy for Biden, even if he is still locked out of the White House.

A win for President Donald Trump

Even though the vote count in the state of Alaska has been running two to one in favor of President Donald Trump, the liberal media refused to call the state in his favor. It doesn’t fit their narrative.

President Trump is entitled to every win he earns, after all the legal ballots are counted, and after all the illegal ones are tossed in the pile of evidence to be used against Democrats at the biggest election fraud trial of all time.

On Wednesday, NBC announced, “President Donald Trump has won Alaska,” based on their projection. “With 75% of ballots counted.” That means that Trump picks up three more electoral votes.

For now, Biden claims 279 electoral votes but a substantial number of them could be erased. Election fraud lawsuits have been filed in several states which could flip the results around into an ultimate win for Trump.

The Harris-Biden campaign is going spastic. They have to use their own money to set up office space for their illegitimate transition team. Until a clear win is established, one way or the other but most likely in favor of President Donald Trump, Biden can’t even wipe his feet on the doormat.

Secretary of State Mike Pompeo is preparing for a “smooth transition” to a second Trump administration now. Then, there’s that whole pentagon “purge” thing going on this week. The scent of “national emergency” is in the wind.

Several states are still in play, even without considering the flurry of legal claims alleging election tampering by the Democrats. Trump could still win in Georgia, North Carolina, and Arizona.

Georgia is headed for a hand recount and North Carolina is slow walking the last few ballots which keep disturbing the Democrats by adding more on Trump’s pile. In Arizona, Biden’s lead has dropped to a razor thin margin and could still flip to Trump at any time.

Pennsylvania is apparently infested by zombies because Biden relies the dead vote to win. The Keystone State had a virtual election night of the living dead. In Michigan, ballots were back dated and rushed for counting a day after the polls closed.

Liberals went on the offensive and put out a smear job of reporting to discredit the whistleblower, who turned right back around and discredited the fact checkers. He confirmed he didn’t recant but he has an audio tape of being intentionally bullied by investigators who verbally slapped him around.

In Georgia, State Brad Raffensperger announced “an audit of presidential election results that will trigger a full hand recount statewide.” That should provide some interesting information about how the original election and ballot count really happened. Trump is expected to win the recount. 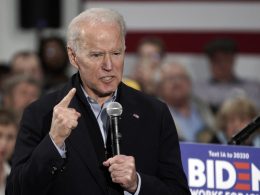 Meteorite Plummets from Space, Lands on Woman’s Bed: “I’ve never been so scared in my life” 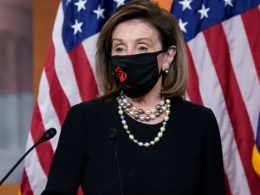 Gretchen Whitmer, arguably one of the country’s worst governors, may be on her way out. She’s up for…
byAnastasia Boushee