The Pentagon has finally made an announcement that favors President Trump, and conservatives are excited. Ending the endless wars has always been a position of the president, and it might finally be happening.

According to the new announcement, the military has finally met its goal of reducing the number of troops in Afghanistan to approximately 2,500.

“Today, the United States is closer than ever to ending nearly two decades of war and welcoming in an Afghan-owned, Afghan-led peace process to achieve a political settlement and a permanent and comprehensive ceasefire,” the acting secretary of defense, Christopher Miller, said in a written statement.

Miller also noted that 2,500 troops is enough to continue the goals of countering extremist groups in Afghanistan and training Afghan government forces.

“Continued fulfillment of these two complementary missions seeks to ensure that Afghanistan is never again used to harbor those who seek to bring harm to the United States of America,” Miller said.

President Trump ordered the drawdown in troops in November of 2020. Keeping his promise, he made the announcement on January 14 that troop levels in Afghanistan had hit a 19-year low.

In February of 2020, the Trump administration struck a deal with the Taliban to reduce troop levels in phases, ultimately ending with zero by May of 2021.

According to Miller, the Pentagon is still planning for troop reductions to zero by May, adding that “any such future drawdowns remain conditions based.”

So far, it is unclear whether the Joe Biden administration will continue to reduce troop levels. As an establishment politician who has been in office for 47 years, Biden championed the war in Iraq, though he has flip-flopped on the issue of war several times throughout his tenure in government.

CBS affiliate WYMT claims that the drawdown may “violate a last-minute congressional prohibition.” This is no surprise, as the establishment politicians on both sides of the aisle blatantly favor endless wars in the Middle East.

WYMT further explained that, “Under the National Defense Authorization Act passed by Congress two weeks ago, the Pentagon was explicitly forbidden to use money from this year’s or last year’s budget on reducing the number of troops below 4,000 — or below the number that was in the country the day the bill was finalized.”

Though President Trump vetoed the bill, both the House and Senate had the votes necessary to override his veto. It is unclear how the Pentagon is going to justify its actions, which appear to have violated the act.

Joe Biden’s newest cabinet pick is so radical that even Democrats are turning on her. On February 19,…
byAnastasia Boushee

After narrowly surviving a challenge to her conference leadership role, Congresswoman Liz Cheney has shown the establishment GOP…
byMatthew Holloway 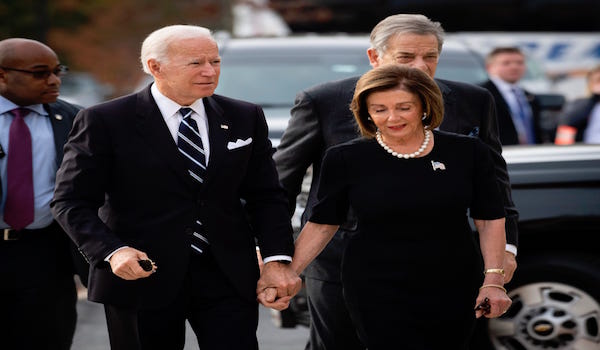