According to a new Gallup poll Americans are more worried about inflation now than they have been at any time since 1985 and the issue is increasingly being seen as one of the most pressing crises in America. The Biden administration, on the other hand, is continuing to insist that the economy is thriving under Biden’s watch and “that inflation will ease over the coming year. There is not much currently to support that optimistic prediction.

White House economic advisor Cecilia Rouse conceded that there is “tremendous uncertainty” about inflation but that the Biden administration remains confident and expects a stronger economy in 2023.

Rouse acknowledged that this prediction is based on an assessment made in November, meaning that certain momentous that have taken place in 2022 were not considered.

The November optimism was already questionable; the assumption was that supply  chain issues would be fixed and the economy would experience a post-pandemic recovery.

Prices have been steadily rising for a broad variety of consumer goods since Biden took office. Even before the war in Ukraine there was little to suggest that food and gas prices might fall again.

Most Americans now fear that inflation will get much worse with the arrival of the Russian war in Ukraine and the associated chaos forced on the global economy.

Gas has been the most noticeable victim of inflation, a situation which has been worsened by the war and Russia’s role as a major exporter.

Most Americans are also feeling the effect of rising grocery prices, another category that is likely to get worse before it gets any better.

Ukraine and Russia combined make up a massive share of global wheat exports, and Russia is a major producer of fertilizers. Global demand is already skyrocketing, particularly in countries that rely on Black Sea grain imports.

Rising food and fuel prices will be extremely noticeable, but the underlying economic conditions that are improving according to the Biden administration will be difficult to spot.

Inflation has outpaced wage growth and millions of Americans are still underemployed, while the gross domestic product expansion touted by the White House is far more abstract to the average voter.

Even if the Biden administration experiences a miracle and inflation eases in the future, that miracle isn’t likely to come before November, when voters are expected to show their disapproval by giving the Republicans an especially strong election performance.

Rouse and other White House optimists have only vague hopes of future recovery to offer while world events strongly indicate tougher economic times still to come; the optimism won’t be especially convincing.

Russia’s Belgorod nuclear submarine has reportedly left its base in the Arctic circle, creating a stir of speculation…
byStaff Editor 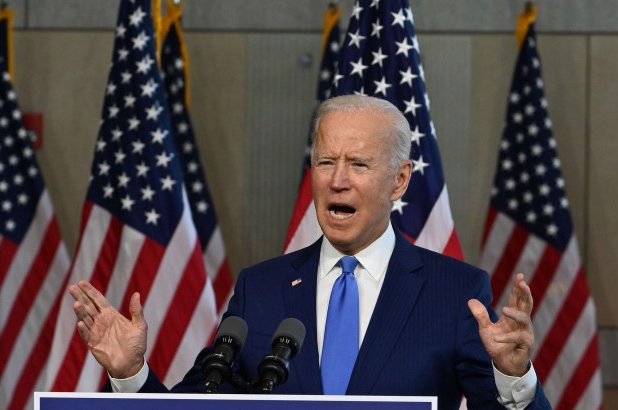 In the media, most Democrats are holding the line for Joe Biden. He is doing great. We want…
byAnthony Smith

Dr. Anthony Fauci is caught red-handed yet again! The Fraud of a Doctor supported and edited a research…
bySandy Ravage