The Biden regime will deploy 1,000 more US Army National Guard troops nationwide to push state vaccination efforts per Biden’s mandate. There are already National Guard units deployment across the country. “There are over 20,000 National Guardsmen deployed providing COVID support including at over 216 vaccine sites in 36 states and territories,’ according to Max Rose, Biden’s Senior COVID Advisor to the Secretary of Defense.

The Federal Emergency Management Agency has requested the Pentagon provide military assistance ensuring that vaccinations meet Joe Biden’s goal of increasing the number of Americans who get shots during his first 100 days in office. The Defense Department and FEMA have been in discussions to increase this deployment to up to 10,000 troops which would bring the total of troops deployed domestically in response to COVID to 30,000. Their goal is to ‘ramp up’ to the military carrying out up to 450,000 vaccinations per day. This is in addition to 13,000 soldiers still deployed to protect the Capitol district in Washington, D.C. which is quickly becoming akin to a “green zone” as seen in Baghdad.

Can you remember another time since the Cold War when 43,000 soldiers were field deployed in the United States?

It is unknown how the military under the Biden/Harris regime intends to fulfill this goal with up to 46% of Americans hesitant to take the vaccination. According to Biospace who conducted the online poll of over 5,000 Americans, “Of those who considered the vaccine very untrustworthy, 80% said they were very unlikely to be vaccinated.”

“We’re seeing numbers now from California, reported in the Los Angeles Times, that 50% of front line healthcare workers (in Riverside County)  and 20-40% of Los Angeles County’s frontline workers refused to take the vaccine,” Don Vaughn, Ph.D. said. “We presume they’re more medically educated, so…” hesitation among those outside of healthcare is less surprising. Biospace reported.

The Pentagon is responding to Biden’s orders as quickly as they can along ideological guidelines as they attempt to purge “white supremacy” and “extremism” from the ranks. John Kirby, the Pentagon’s chief spokesman told Stars & Stripes “The intent is to reinforce the [Pentagon’s] policies and values with respect to this sort of behavior and to have a dialogue with the men and women of the force and to get their views on what they are seeing at their level,”

“The department is evaluating the request, and what kinds of support it can provide. Given the significance of the request, it will be reviewed urgently but carefully to determine what DOD assets can safely be made available to support the effort,” Kirby said in a statement.

I'm sorry, can the DOD at least give us a DEFINITION of what it considers right-wing "extremism" before claiming our military needs to be purged? pic.twitter.com/jD9dlf6mL3

It’s amazing and terrifying, the left for decades has fought against the militarization of America, in 2021 they beg for it and cheer for it. As long as the troops have been tested for ideological purity. 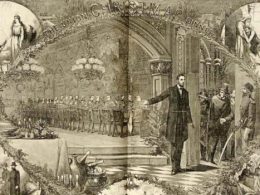